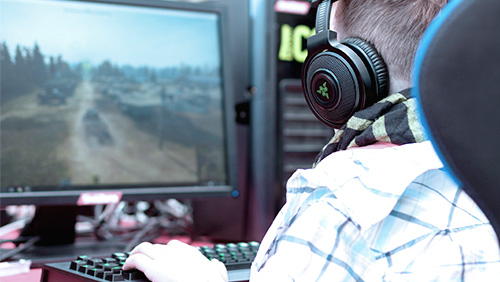 News reports from all the top eSports media outlets are suggesting that Premier League giants Manchester United are locked in a battle with eSports organisation Fnatic to acquire an unnamed European Overwatch team.

Manchester United is set to join the eSports industry according to press reports. The most successful Premier League side of all time is in a tug of war with eSports team Fnatic to purchase an unnamed European Overwatch side.

United’s interest in eSports is big news for the burgeoning sport. Bundesliga sides Wolfsburg and Schalke already have a few feet in the door, as do fellow Premier League side, West Ham. But this is United, the third largest club in the world behind Spanish giants Real Madrid and Barcelona.

What is interesting is their choice of eSport. Overwatch, by Blizzard Entertainment, is a first-person shooter (FPS), whereas one would imagine their first foray into the new market would have been via EASports FIFA franchise. That’s the route West Ham took after signing Sean ‘Dragoon’ Allen to represent them in professional FIFA competitions.

Only yesterday, I was in a video game store helping my son sell his old Xbox Console. He had some special edition games that had cost him £80, and a young woman with green hair was trying to give us £1 for them. Times are changing.

Elon Musk believes there is a one in billions chance that the human race is nothing but a part of a computer game controlled by some advanced simulation. Fans of The Matrix will remember Neo’s meeting with The Architect when he realises this truth.

Musk’s views stem from the apparent trajectory of technological advancements with games. 40-years ago we had Pong, and yesterday, the green-haired woman with a stud in her nose was telling me, with excitement, about the future of virtual reality gaming. The SpaceX visionary wants to us to think forward and consider what gaming advancements are possible if we have accomplished so much in only 40-years.

Whether we are a part of a computer simulation or not, Manchester United are smart enough to know that the way people are attracted to their brand of football is changing. When I was a kid, my Uncle would take me to Old Trafford to watch United and that’s how I became hooked. These days an Uncle can’t afford the prices, and if he could, most of the kids would rather he gave them the money so they could buy FIFA Packs.

I sat watching the Wales v Slovakia game yesterday and my son knew the entire Slovakia side, and yet he doesn’t even watch football, plays rarely, and has no interest in it. He has learned, and continues to consume everything, through the FIFA franchise.

Ladies and gentlemen, it’s all about understanding your audience, and Manchester United believes a portion of theirs belong to the eSports community.

If the news reports are accurate, and Fnatic are battling it out with United for the acquisition of an Overwatch team, then there will only be one winner. Fnatic is one of the most successful eSports organisations in history, worth an estimated £30m. United are valued are more than £2bn.

The presence of football teams in eSports is also good news for the gambling industry. Most top teams have partnerships with sports books. United has a relationship with Bwin for example. If United join the eSports ranks, then their sports betting partners will quickly follow suit.

As eSports grows, is it a matter of time before the likes of Fnatic, LGD Gaming, CDEC Gaming, et all vanish into thin air replaced by the likes of Barcelona, Real Madrid and Manchester United?

And will physical sports die altogether, as our children continue to prefer to kick a football using a gaming controller and index finger? How long before United fans are unconcerned about transfer talk involving Zlatan Ibrahimovic and instead turn their love to people like Faker?