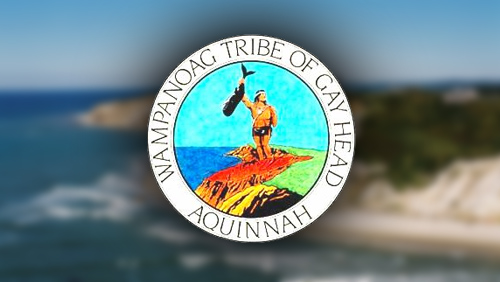 The Aquinnah Wampanoag tribe has gained a crucial support in its long-running effort to open a casino on Martha’s Vineyard.

Members of the Aquinnah Wampanoag are currently in the middle of appealing a U.S. District Court judge’s decision to veto the tribe’s right to run a casino on grounds that “it had not truly acted like a sovereign government.”

But the U.S. Department of Justice filed a friend-of-the-court brief last week, in which it pointed out that the federally recognized tribe had already received approvals from the federal Bureau of Indian Affairs (BIA) and the National Indian Gaming Association to operate a casino.

The tribe has been fighting its rights to open a casino since the 1980s, when the Aquinnah signed a settlement with local landowners to get back hundreds of acres they claimed had been taken from them. Under the settlement, the tribe agreed to follow state and local laws that “prohibit or regulate the conduct of bingo or any other game of chance.”

That settlement was ratified in 1987, but a year after, the Congress passed comprehensive regulations over federally-recognized tribes and their land, which has since been interpreted to allow tribes to run casinos without interference from state or local governments.

If the project pushes through, the Aquinnah Wampanoag tribe will bring 300 electronic, bingo-style games to an unfinished tribal community center on Martha’s Vineyard.

Meanwhile, the Schaghticoke Indian Tribe of Kent is following the footsteps of its predecessors in hopes of opening its own gaming establishment in Connecticut, The CT Mirror reported.

Consultant William Buchanan said the tribe recently filed a “voluminous petition for federal recognition with the Bureau of Indian Affairs”—a culmination of the tribe’s 35-year effort to prove it has been in the area “long before European explorers hit the shores of what they called New England.”

Three tribes received federal recognition last year after the BIA streamlined its rules. But the new rules forbid tribes, including the Schaghticoke Tribal Nation, which have previously lost their bids from reapplying.