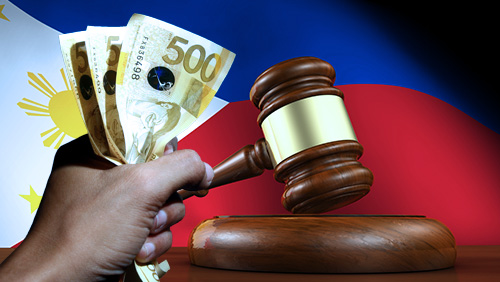 The Philippines’ Office of the Ombudsman has filed graft charges against a former Philippine Gaming and Amusement Corporation (PAGCOR) chief and other ex-gaming officials before the island nation’s anti-graft court over PHP37 million ($ 800,952) swim team funding mess.

Genuino, who served as PAGCOR chairman during the administration of former Philippine president Gloria Macapagal-Arroyo, was credited for the creation of the multi-billion peso Entertainment City in Manila.

Local media reported that the anti-graft buster recommended that each of the accused post a PHP30, 000 ($649.42) bail bond for each graft count.

According to the information from the anti-graft court, the cases against the accused stemmed from the more than PHP124 million ($800,952) that was granted by PAGCOR – through Genuino – to fund the training of the swimmers under PASA starting 2007 in preparation for the 2012 Olympics in London.

Of the PHP124 million ($2.68 million) granted by the gaming firm, the Ombudsman found that more than PHP37 million ($ 800,952) was used to pay Trace Aquatic Center (TAC), a private training facility owned by Genuino.

The Ombudsman said this is on top of the PHP 910,000 ($19,698) that the PAGCOR also released to PASA within the same period, supposedly for paying an IT company, Synercraft Control Technologies, for the maintenance of timer and computer systems used throughout the training program.

The Ombudsman, through its prosecutorial arm Office of the Special Prosecutor (OSP) said the release of both funds was anomalous as it wasn’t approved by the PAGCOR Board of Directors.

The OSP also said both funds should have been released directly to PSC to form part of its National Sports Development Fund (NSDF) as provided by law. The PASA is an attached agency under the PSC.