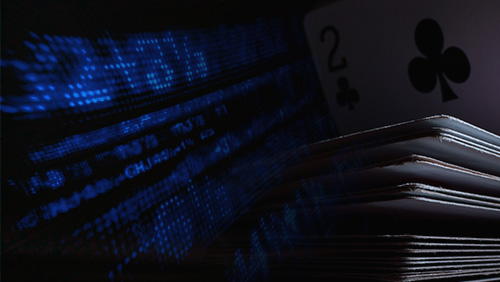 Lee Davy brings you up to speed on the latest changes to the Global Poker Index scoring formula while offering an opinion on why he would love to see Global Poker League matches accruing points towards the Index.

Poker is not an eSport, yet.

The game doesn’t need to flow into that slipstream – it has done mighty fine on its own for decades thank you very much – but as Paul Weller used to howl – this is the modern world.

eSports are growing faster than acne on a kid called dirty, greasy, spot-spots back. 250 million people are watching other people playing video games, and number crunchers believe betting operators will be earning $1.81 billion in revenues by 2020 with an estimated global wagering market of $23 billion.

This is the modern world.

I was recently at the eSports Betting Summit in London. So were representatives of PokerStars. While I am sure they were there to learn how to attract and cultivate an eSports consumer into their BetStars product, I also had an inkling they were looking at how PokerStars and their games could also become a bona fide eSport. I don’t think Daniel Negreanu developed an interest in Hearthstone by choice. I think his employers nudged him in that general direction.

Poker will get there or die trying. Alex Dreyfus and the Global Poker League (GPL) are the pioneers. I get the feeling the rest of the poker ecology is waiting to see how the GPL performs before considering their next play in this absorbing phase in poker’s growth.

Poker is nothing without the players.

They are the stars.

The Global Poker Index (GPI) was a necessary addition to the poker ecology when Dreyfus gave it the kiss of life five years ago. We have always had ranking systems. Players wanted to climb them. But it was important that we had a definitive guide to help identify the best players because it’s human nature to want to know this information when you are in love with a sport.

The allegiance the World Series of Poker (WSOP), European Poker Tour (EPT), and World Poker Tour (WPT) has shown to the GPI has helped improved credibility and solidify the rankings as the go-to source to identify the world’s best players.

But I believe the system has one flaw, and the creation of the GPL has helped define it.

If you didn’t know anything about poker, wouldn’t you expect the best poker players to be in the GPL?

If you didn’t know anything about poker, wouldn’t you use the GPI Rankings to give you insight into who these players are?

There will be numerous reasons why those people are not involved in the GPL. I get it. However, I believe it would be in the interest of the GPL and the ecology of poker if a higher percentage of the GPL’s stars reached those higher echelons of power.


With this in mind, I think it makes perfect sense for the GPI to award points for GPL matches both online & live.

If this happened, there would be a greater correlation between the GPI and the GPL. With the GPL offering players more significant opportunity to rack up points quicker than any other tournament series, it might spur those who like seeing their name at the top of the GPI to get involved in the GPL.

It would also allow some of the GPL’s players who compete in a limited number of live tournaments, but star in the GPL, to accrue points and make headway up that table.

During that, eSports Betting Summit, Jens Hilger, CEO, Dojo Madness, said that soon: League of Legends (LOL) star, Faker, will be more popular than Cristiano Ronaldo. What Hilger is doing is paying homage to the power of the individual to create a boom in a sporting industry.

I have always believed poker has the raw ingredients to do the same, and that much relies on the saleability of our stars. The GPL has now given those stars the platform. I would like to see that mirrored in their GPI ranking.

In the meantime, the GPI team show they are open to new ideas as plays out in a recent press release declaring immediate changes with the GPI formula to coincide with the 47th Annual WSOP.

The GPI powers the WSOP Player of the Year (POY) leaderboard and they recently made changes to the formula in the areas of field size, buy-in levels, and finishing positions.

The goal of the changes is to create more balance within the formula. Buy-in levels below $1,500 now accrue GPI points, and field sizes have increased from 21 to 32 to cut down on point accrual for the players who have the ability to compete in the highest buy-in tournaments in the world. I don’t particularly like this rule change as those affected will be our stars, and like I said, the higher they climb those rankings, the greater their shine will be.

GPI Head of Poker Content, Eric Danis, said the changes came about after a year reviewing the scoring system. The 2016 GPI POY will also use the new scoring system and here are the current Top 5 as of June 1.