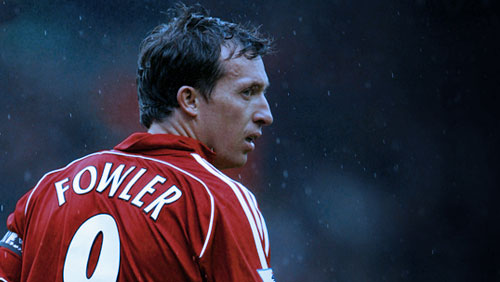 Oddschecker is ramping up its Euro 2016 push, this time with the addition of a football legend.

The odds comparison site announced on Friday that it has signed Liverpool legend Robbie Fowler as its new brand ambassador for the upcoming UEFA European Championship.

Fowler, a former England international, will be writing opinion columns “on all matters regarding Euro 2016 and more specifically, the England team,” according to Oddschecker.

“This could be a huge summer for English football, and I’m delighted to be teaming up with Oddschecker for the European Championships,” Fowler said in a statement.

The footballer said he plans to provide “regular insight into England’s progress as well as betting angles and value wagers from all the other matches.”

Known for being a natural scorer “with an instinctive goal-poaching ability,” Fowler was included in England’s squads for Euro 96, Euro 2000 and the 2002 FIFA World Cup. The striker capped a total of 26 times and scored 7 goals for England.

Fowler—who retired from football in 2012—has high hopes for this year’s England team.

“I was part of the squad that went so close to winning this tournament in 1996 and, 20 years on, I genuinely believe this is our best chance since then to make a meaningful challenge,” said the former football pro, who has made a total of 26 appearances for England.

Fowler, who’s known for his 129 league goals for Liverpool, recently questioned Theo Walcott’s addition to the England squad, pointing out that the 27-year-old showed “poor form in front of goal.”

Ryan Murton, head of digital marketing at Oddschecker, said: “We’re delighted to be teaming up with Robbie Fowler during the European Championships. As a Liverpool legend and former England player, he adds a brand presence in himself and can provide our audience with engaging content.”