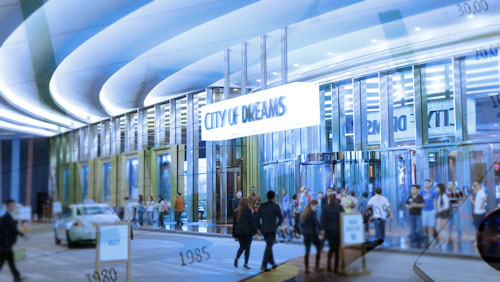 Leisure estate and gaming firm Belle Corporation remains bullish that it will continue to enjoy positive revenues in 2016 despite the bleak regional forecast for the gaming industry in Asia and stiff competition from other Manila-based casinos.

The Philippine Star reported that the City of Dreams Manila is expected to buck the downward gaming revenue trend in Asia, as it relies on the benefits of gaming promotions and full-year operations.

Belle’s vice chairman Willy Ocier did not give an exact figure or revenue percentage of their expected profit for 2016, but he said that the prospects for 2016 gaming sector are positive.

“I think we will be achieving very, very good growth. I’m not sure of the percentage but it will be a big jump (this year) because we are now fully open,” Ocier said. He also said Melco Crown’s management performance has been paying off and that the company has been able to control operational costs significantly.

“Management has gotten their feet wet already. They know the business. So we’re very optimistic. Volume is ramping up. We’re not trying to catch up with Solaire,” he said.

Belle, which is majority owned by the group of tycoon Henry Sy, and its partner Melco Crown Philippines, the local unit of Melco Crown Entertainment, reported that casino revenues in the first quarter of 2016 surged by 108 percent to P4.05 billion ($86.61 million) from P1.95 billion ($41.7 million) a year ago.

“The increase in total net operating revenues was primarily due to the ramp up of resort operations since the opening in December 2014,” it said.

As a result, net loss during the quarter decreased to P1.13 billion ($24.16 million), or by 63 percent from P3.08 billion ($65.86 million) a year ago, which is related to improved operating revenues generate during the current quarter and lower expenses.

Belle’s executive noted that this year’s completion of the 5.4 kilometer Ninoy Aquino International Airport (NAIA) expressway, which connects the airport roads to Manila’s Entertainment City, and the Skyway will boost the business for all casinos in the area.