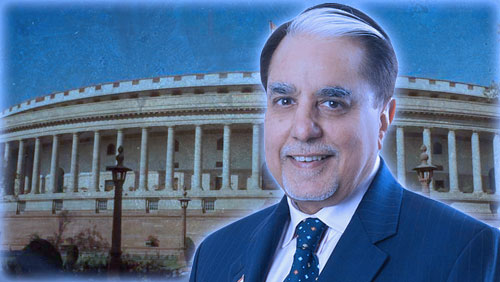 Dr. Subhash Chandra is reportedly planning to file his nomination for the parliament, locally known as Rajya Sabha, as an independent candidate from Haryana ahead of the elections on June 11, according to DNA India.

Chandra may be running independently, but media outlets said the man has the support of the ruling Bharatiya Janata Party (BJP) and some other regional parties.

Chandra stepped down from his post as director and non-executive chairman of Zee Media last May 24. Zee Media is a company under Essel Group, which runs government operated lotteries in some Indian states under the Playwin brand name. Essel Group didn’t give a reason why Chandra resigned from his post.

Having a man with an extensive gambling background on the Rajya Sabha could be advantageous for many operators who have been lobbying—with very little success—to advance the local gambling sector.

Essel Group, in particular, has various interests in the gaming industry, including an unsuccessful attempt to start an offshore casino in Goa. Last year, the group’s Playwin brand received gaming and lottery licenses in Sikkim, which enabled the company to start offering wagers on virtual horse racing in the state. The company, however, had to stop its operations after officials of the lottery department raised several objections “on the manner of conducting the games.”

Playwin also recently launched the country’s new dedicated online poker site, Poker Nation. According to the company, PokerNation is the first site “dedicated only to the sport of poker and focused towards propagating its acceptance in the country.” Aside from avoiding other locally popular skill games such as rummy, company executives said Playwin also puts “emphasis on teaching the finer nuances of the game to beginners and amateurs.”