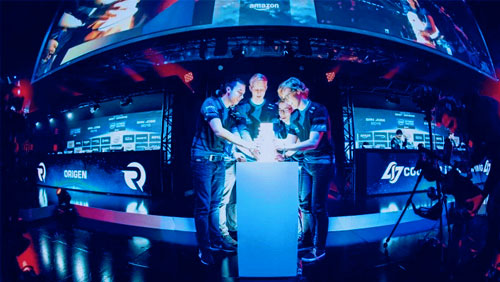 Lee Davy gives you a birds eye view of the panel activity at the recent eSports Betting Summit held at The Royal Garden Hotel in London starting with Integrity in Betting, Match Fixing and Doping.

Why is eSports the future of betting?

Quite simply, eSports is the future of sports.

I read somewhere the other day that it won’t be until the current strata of old doctors die out that our attitudes towards the health benefits of a whole foods diet will be fully realised and explored.

I believe it’s the same with eSports.

As dinosaurs such as myself fade into a new world, our children will govern what the Coliseum will look like, what it will be made of, and who will stand beneath a crowd baying for blood.

There won’t be a single piece of brick or mortar, and my recent visit to the eSports Betting Summit at The Royal Garden Hotel helped cement that into my mind.

He began by reminding the guests of the importance of two recent happenings in the eSports industry. The first being the creation of The World eSports Association (WES), an organisation he likened to FIFA.

The second was the meeting of minds at the recent Nevada Gaming Commission (NGC) Committee meeting where the topic of discussion was how best to implement eSports into the Nevada gambling hub.

And then it was into the first panel of the day.

The discussion started with a declaration from Schorr that he was present in the recent NGC Committee meeting in Las Vegas and that his company have since become the first to apply for a license to offer eSports betting lines in the country.

Igelman then asked the panel to discuss the different forms of cheating prevalent in eSports.


Smith took up this challenge by breaking down cheating into two distinct models. The first was ‘positive fraud’ designed to win a tournament, or a game, through doping, or software cheats. The second was ‘cheating to lose’ when you deliberately throw a game or make adjustments to suit betting lines in your favour.

Ali responded by stating while that is true, the betting companies have systems in place to identify these problem areas.

Igelman then asked if it was easier to cheat online or live?

Smith maintained his flow by stating that it was a no brainer. Online play supplied wider opportunities for cheaters. Live players are under intense scrutiny reducing the likelihood it will happen in a major tournament.

Smith then went on to talk about the skins betting industry (the prevalent theme throughout the day). He said that due to the unregulated nature of skins betting, the sites and lounges that offer the practice are rife for cheating. He also raised the issue of underage gambling for the first time.

“It has to be regulated. 12-13-year-olds are betting on these sites.” Said Smith.


Igelman moved on to ask what the game publishers were doing to reduce cheating?

Inglot spoke for the first time telling the audience that publishers are in constant discussion with the likes of the Electronic Sports League (ESL) to help combat cheating, including working through risk assessments, and contributing to developing the ESL Anti-Doping Code of Conduct.

Inglot also mentioned that this problem is a double edge sword with some publishers unwilling to get involved over a fear that by doing so the media will believe they have a problem with cheating.

Igelman then asked what the betting industry was doing to help reduce cheating?

Ali said that ESSA, a non-profit organisation designed to act as an early warning system for corruption, currently has 19 members who all work together to help minimise risk in these areas.

The 19-members of ESSA are:

Ali told the crowd that if one of these organisations spots a suspicious pattern in their betting lines, then they alert the rest of the ESSA team members.

He then went on to say that in 2015 there were over 100 suspicious betting patterns in traditional sports betting lines with the vast majority coming in tennis and football.

One of the problems Ali foresees in eSports is the lack of the knowledge of the rules surrounding what an eSports athlete can and can’t do in connection with betting and their behaviours surrounding the activity. ESSA has a code of conduct on their website that covers things such as their early warning system, protection of minors, and collusion.

Schorr said that the NGC were ‘naive towards betting and eSports’ and impressed the importance in doing everything in their power to mitigate cheating early on and how critical it was in relation to how the US authorities move forward on the matter.

Inglot said the betting operators are ‘nervous’ and ‘excited’ about the growth of eSports. He mentioned the vastness of eSports and how rare and precious it is that a sport of this magnitude comes from nowhere. He also stated that the unregulated market of skin betting jangled a few nerves.

He said there were between 70-80 operators offering betting lines on eSports. The central questions remain: who to partner with? Whether to fly solo or partner with an intelligent eSports outfit? Do they wait or do they take the plunge first?

Igelman asked what options existed to prevent the software cheats?


The summit had flown Titarenco in from Los Angeles to answer this question. He talked about the prevalence of ‘trigger bots’ and the need for the introduction of a hardware solution to defeat them. He then spoke about his device that plugs into the mouse and the computer to keep an eye on mouse clicks, cross checking player’s actions corresponded to what actions the computer believed the player took.

Krasnovsky then showed the audience an interesting slide that monitored an eSports athletes performance via mouse clicks and compared it real time with a program containing the optimal strategy for the game involved. As the two key indicators moved further and further away from each other, it allowed tournament organisers to cease the action and conduct an investigation into the anomaly.

There was a comment made by someone on the panel that eSports betting was now bigger than rugby and tennis.

Smith spoke about the urgent desire for bookmakers to stamp out cheating because the practice loses them a lot of income.

Krasnovsky stated that live streaming contributes to the problem because the delay allows cheaters to take advantage. Ali said this already exists in traditional sports such as tennis.

The question of doping finally reared its head. Smith stated that his integrity program would include an anti-doping program. He said that his team had sought medical advice on what ways drug use could be used to cheating in eSports. Marijuana will not be on the banned list because it doesn’t give you an enhanced chance of beating your opponent.

“We are not trying to solve societal problems.” Said Smith.

Smith also went on to say that during a poll of eSports athletes at the recent Intel Extreme Masters in Katowice, their knowledge of doping in sports was lower than the national average.