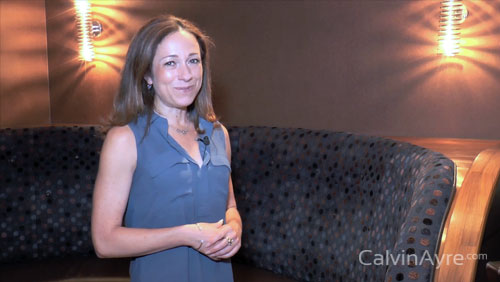 Bullet Business’s eleventh annual Online Bingo Summit took place at the Royal Garden Hotel in London on Thursday, May 19th and everyone’s expectations were met. This conference continues to serve as the premier event for the online bingo industry and is really the only time each year professionals working in this sector get together to network, learn and have some fun.

The day was comprised of sessions, networking breaks, a post-conference networking party and the Which Bingo Awards for those who signed up. Sessions featured speakers with years of online bingo experience and covered topics such as TV advertising, mobile, social media, white labels, TV show brand partnerships, platform strategies and the popular “Oh my bingo” player panel.

The Online Bingo and Social Media panel featured Luke Brynley-Jones, Founder & CEO of Our Social Times. Brynley-Jones started off by saying the online bingo industry is getting social media all wrong and companies are broadcasting via social media, but no one is noticing. Part of the issue is online bingo companies don’t believe social is a channel capable of delivering ROI, he explained.

So where did it all go wrong? According to Brynley-Jones, there are five areas of improvement for social media strategies of online bingo companies:

3)Skills- lack of training, poor use of tools and features, mis-use of hashtags, CS connection with social not as slick as it could be

4)Budget- no lack of money but a campaign mentality, underspend on building of community

So who is getting it right? Brynley-Jones cited two exampled of companies who do a fantastic job with their social media strategies, Innocent Smoothies and Yorkshire Tea.

He said Innocent Smoothies have clearly hired talented people to manage their strategy rather than leaving it to the intern, they tick brand values and successfully engage customers and followers. Yorkshire Tea launch successful social media campaigns such as driving a branded van across the USA while delivering Americans properly brewed tea, videoing the adventure and publishing the popular content on Facebook.

Brynley-Jones said the three main channels for social media strategies are predictably Facebook, Twitter and Instagram but out of those three, Instagram is the one to watch as the engagement rate is high and ability to build up a community will be improving in the next six months. He also suggested bingo companies engage with other brands on Twitter who are engaging the same customers, for example, magazines such as “Yours”, ”Women Weekly” and “Glamour”. He reminded the audience to study Snapchat as its an emerging social media channel with a young following at the moment but “creeping into middle age in terms of usage”.

Edwards kicked things off by saying players don’t really realize they are playing on a white label and the existence of so many choices for players keeps the market going. Dunne added the high number of white labels in the UK market puts pressure on his company to improve their product, which is of course a good thing.

Vanga is clearly a fan of white labels considering Cozy Games is one of the major providers. He said his customers are good with SEO and social media placement and use these skins to capture the market effectively.

Edwards is a customer of Vanga’s with his “Mummies Bingo” skin. He said as a white label owner you cannot compete with the budgets of the giants such as Gala and Mecca Bingo and shared that as an affiliate, his strategy was to identify a gap in the market and “laser target it”.

Starr is also predictably a fan of white labels as Jumpman Gaming is a provider. He said his platform “lowers the barrier of entry to allow people to market to UK players” and the ability to take out white labels “increases innovation and player satisfaction”.

“Industries that have lower barriers to entry are the ones that take off”, Starr said.

The session was recapped perfectly by Leigh Nissim who commented from the audience. He said differentiation amongst white labels and across all bingo sites is definitely possible, take the ability to add side games for example, and this type of “openness” brings on innovation and a more developed ecosystem.

TV games shows and bingo brands have always been a natural fit and the subject has been addressed for the past few years at the Online Bingo Summit. This year’s “Successful leverage of TV show brands for bingo” panel featured speakers Angus Nisbit of Gala Bingo, Simon Collins of Gaming Realms and Simon Murphy of FremantleMedia UK.

According to Nisbit, the fit is a good one as people playing bingo are also likely to watch TV game shows. Murphy said game shows have mass market appeal and bingo brands are able to achieve good acquisition at the time of the show. He added bingo is “absolutely fine” in the eyes of TV execs as its considered the “cuddly, soft” part of iGaming and therefore bingo brands don’t receive any push-back from the networks.

In terms of getting the most out of a partnership, Murphy said to have as broad of a collaboration as you can get and to make sure the nature of the show is a good fit for gaming, for example, a show like Deal or No Deal. He also suggested looking for “extras” from the TV companies such as behind the scenes footage and a presence on their Facebook and Twitter.

Collins said to make sure there is money left over after the deal to activate the experience as this is often forgotten about. “Make sure the customer feels you are properly associated and properly together”, he said.