Home / Business / Simon Collins on startups: Give up day jobs to raise funds 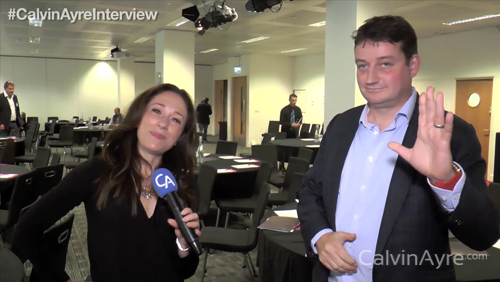 In this interview with CalvinAyre.com’s Rebecca Liggero, Gaming Realms founder Simon Collins explains why startups need to show their conviction in order to get other people’s money onto their ideas.

For startups wanting to raise money, it’s all about taking a plunge. A deep one.

Simon Collins, founder of Gaming Realms, is an investor in the iGaming industry and has come across many smart people with great ideas, but he said that these guys still lack one thing—the conviction to give up their salaries.

“Quite often, we come across guys who are really smart, intelligent and got great management team, but they’ve yet to take the plunge and jump into it in terms of giving up the day job,” Collins told CalvinAyre.com.

Of course, one still has to think about his personal situation, but Collins believes that in order to sell the idea into other people, startups need to show their conviction.

“If you’re going to get other people’s money onto your platform or your idea, you need to show the conviction by giving up the salary. Often, it’s very difficult, especially with kids or family, etc., but… I think if you show that conviction, then it’s easier to get the funds,” he explained.

Aside from showing dedication to the project, startups must also make sure that they’ve thought through all the important details like tax issues before they start asking for some money. Collins said a startup that he recently backed returned the money because it couldn’t get its EIS documentation up to scratch.

“In order to sort it… they were going to send all investor documentation out in the correct fashion so that it can be executed accurately. That’s just the typical startup style scenario, where people haven’t thought though the details… and haven’t delivered on what they were saying,” Collins said.

Aside from making sure that taxes are sorted, startups must also make sure that they’re getting the good end of a deal when seeking help from advisers. Collins said he recently made an investment in a property business that do shared workspace in Shoreditch. That company wants to scale their business up and they’re being approached by advisors who want a huge chunk of the cash that will be raised.

“The advisors want a significant chunk of the money that’s going be raised without any promise or proof that they will raise that cash and it’s not just on the money they raise, it’s on the money that anybody raises for that business. So when you sign that deal with those guys, you need to make sure you’re getting something back from them in terms of some loyal, credible introductions, some good advice around the business,” Collins said.