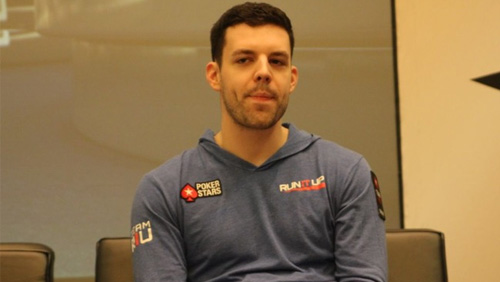 PokerStars has entered into a sponsorship agreement with eSports outfit Team Liquid that will see the eSports stars introduce the PokerStars brand to their live stream audience on Twitch; Canadian Kevin Martin joins PokerStars Pro Online; and the world’s largest ever Spring Championships of Online Poker just got even bigger.

PokerStars are an official sponsor of eSports outfit Team Liquid.

The pair has struck a deal that will see various members of Team Liquid introduce the PokerStars brand during their live streams on Twitch. It’s the perfect opportunity for Stars to cross-pollinate their suite of games to eSports fans who might never have played the game before.

The last player who will be streaming poker during his eSports programming is Dario ‘TLO’ Wünsch. The young German represents Team Liquid in StarCraft II tournaments and is the only player of the three without a poker background.

The three members of Team Liquid will also stream their action in PokerStars online tournaments as well as wearing the patch at the European Poker Tour (EPT) festival in Barcelona.

ElkY became the first player to represent a professional eSports team and poker team simultaneously when he joined the Team Liquid Hearthstone roster back in Nov, 2015.

Liquid founder, Victor ‘Nazgul’ Goossens, was delighted with the news. Speaking on the www.teamliquidpro.com website he said that he was able to run Team Liquid as a hobby because of the money he used to win playing poker. He also said that talks between the two giants initially began in 2012 but never materialised into anything solid. The current rate of knots that eSports is traveling at has changed all of that.

There was a time when professional poker players didn’t know how to gain a sponsorship deal with a top online site.

PokerStars have followed up with their signing of Twitch star Jaime Staples by signing another man with a huge Twitch following in Kevin Martin. The Calgary native will represent PokerStars Pro Online, with occasional appearances at PokerStars live events.

Martin was one of 16 contestants who appeared on Season 3 of Canada’s version of Big Brother. Although he didn’t win the $100,000 first prize it seems the experience has done him the world of good.

His skills on the virtual felt coupled with his appearance on the reality TV show has seen him pull in an average 1,000 viewers per Twitch session, and in the future when they log on they are going to be greeted by the Red Spade.

SCOOP needs a halftime next year. 2 day break or something. Fuck it I’ll take an hour break. Anything. Please stars

Instead, the world’s largest online poker room have added an extra three tournaments to what was already the biggest Spring Championship of Online Poker (SCOOP) in PokerStars history.