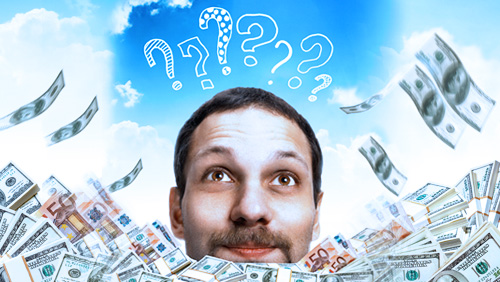 Poker Central is offering US-based punters the opportunity to earn a million bucks for pressing a few keys as part of their promotion for the upcoming Super High Roller Bowl.

The MVMT Million Dollar Final Table Challenge – named after one of Poker Central’s sponsors, watch manufacturer MVMT – is free to anyone aged over 18, and based in the US.

To get the opportunity to win a million bucks head over to the Poker Central website, click on the ‘Contests’ tab, and follow the rules to select the top seven finishing positions in order of merit. Do this correctly and you will win a million bucks.

According to Alex Weldon over at PartTimePoker.com, the odds of you selecting the top seven positions are several hundred billion to one, so good luck with that.

Fortunately, Poker Central and MVMT, have other prizes in the ready should the remarkable not happen. The person who comes the closest to selecting the final seven via a points system will win $10,000. The top 25 players will receive a MVMT watch.

Here is the scoring system:

Last year, the Super High Roller carried a $500,000 buy-in, attracted 43 entrants, and created a $21.5m prize pool, making it one of the major events of the year for the cream of professional poker.

Brian Rast took some time away from getting his head punched in and nearly killing himself on bike rides to win the $7.5m after beating Scott Seiver in heads-up action.

Out of interest here were the final seven spots last season.

This year the buy-in has shrunk to $300,000, and the 49 player cap sold out in March. The Aria will host the second iteration of the Super High Roller Bowl May 29 – June 1. Live coverage will pop up on Poker Central.

Let’s move from the prospect of winning a million bucks to a few people who have won a million dollars in the past few days.

The European Poker Tour (EPT) is ending its Season 12 affair on a high with its typical visit to the upper-class neighbourhood of Monte Carlo. The Grand Final always attracts the biggest names in poker, and a few leave with seven figures stuffed into their pockets. This year is no different.

The €5,300 buy-in Main Event attracted a record 1,098 players. The winner will receive €961,800, so we won’t be seeing a millionaire in that game, but the side events have already achieved that feat.

None of the big High Roller cashers remain in the Main Event at the time of writing, but there is a €25,750 High Roller planned for May 4-7.

Another tale with a million bucks and the theme comes from the Winning Poker Network (WPN). The network which counts the likes of America’s Cardroom, Poker Host, and True Poker as part of the family, has been running a Sunday major with a million dollar guarantee since December 2014, but this weekend was the first time the series hasn’t had an overlay in eight attempts.

Peppered by Distributed Denial of Service (DDoS) attacks, with those responsible demanding ransom from the WPN, it’s little wonder the numbers have struggled to hit that magic mark. However, even with that problem ironed out, the event was still finding it difficult to locate the number of players needed to crack a million.