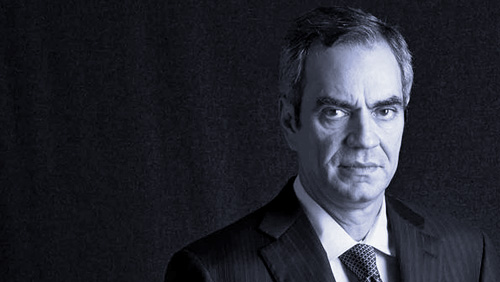 Casino magnate Enrique Razon Jr announced he will soon build his second casino in the Philippines, just days after he warned that the casino supply in the country is growing faster than customer demand.

The Bloomberry Resorts chairman and CEO told local reporters that his company will start building a “mixed-use development with a hotel and casino” on a PHP1.9 billion (US$40.5 million) property in the Quezon City area, the Philippine Star reported.

Razon said the new project, which will sit on a 1.5 hectare property in the Quezon City Central Business District, will be “similar to Solaire Resorts & Casino” in the Philippine Amusement and Gaming Corporation (Pagcor) Entertainment City in Paranaque. The new casino is located within the 45-hectare Vertis North development in the North Triangle property, about 23 kilometers away from Solaire.

Surestre Properties Inc. (SPI), the hotel and resort development arm of Bloomberry, acquired the property from the National Housing Authority (NHA) last year. According to the report, SPI’s original plan was to build “a mixed use development in accordance with the Vertis North master plan, and subject to required regulatory and local government approvals.”

“We will probably start developing that property next year,” Razon said, according to The Standard.

Razon was mum on other information surrounding his new project, but Union Gaming analyst Grant Govertsen believes the new “locals-oriented casino IR” will likely to be open in 2019.

Bloomberry Resorts, like Travellers International, possesses a gaming license from Pagcor that “allows for two separate developments.” This means that the operator no longer needs to apply for another license, Govertsen said.

This news of a new project came as a surprise since it was only recently that Razon revealed his fears that Manila’s casino development has become a case of “too many, too fast.” Bloomberry, which operates Solaire, reported a net loss of $72.8 million last year, compared to a $91 million profit in 2014, prompting Razon to warn that the local casino market is “not growing as fast as the industry wants it to.”

Manila already has three integrated resorts in full operation—Resorts World Manila, Solaire, and Melco Crown Entertainment’s City of Dreams Manila—and two more are scheduled to open soon. Kazuo Okada’s Manila Bay Resorts is set to open at the end of the year, while Resorts World Bayshore will follow in 2018.

Govertsen, however, thinks that opening a casino in an area with virtually no existing gaming establishment “makes a lot of sense.”

“We believe that the majority of GGR generated at the various Manila-area IRs and legacy casinos is derived from persons living there (locals and expats). As such, with Bloomberry’s Quezon project being developed in an area even further from the airport, the entire focus of this project should be mass market locals. This, along with a smaller footprint, and a less complicated building process, argues for a much lower development cost on a per-square-foot basis,” Govertsen said in a note.