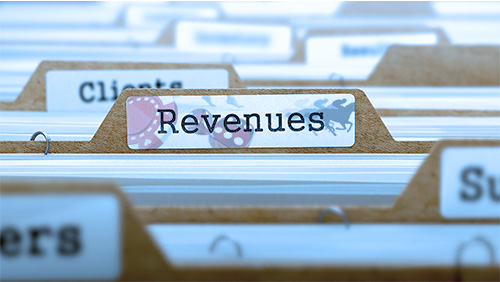 Online gamblers in Delaware have been busy as the combined online gambling revenue from the state’s three racinos reached a record-breaking $260,539 mostly due to high video lottery numbers.

Supporters of the online gambling industry in Delaware are breaking out the party poppers as the state broke all previous records for combined monthly revenue in March.

It also mirrors the same northward movement that the iGaming industry has seen in New Jersey, who posted a record high revenue of $15.5m in March, coming off the back of five consecutive monthly records.

The three racinos produced $37,324 in online poker revenues representing a 32% growth, and their highest accumulation since May 2015. The state’s market leader Delaware Park earned $20,447 (7.4% increase on Feb), but it was Dover Downs who picked up the golden star award more than doubling their February haul: $15,527 v $7,258. Harrington Raceway took the wooden spoon with only $1,350 earned in the month, the lowest of any of the three racinos since online gambling returned to the state in 2013.

A year on year comparison shows online poker revenue down 14.5% from March 2015.

It was video lottery that made the difference this month. The haul of $154,794 is the highest ever recorded since records began in November 2013 and dwarfed the $50,962 earned this time last year. Both Delaware and Dover Downs each took close to $65,000 in revenue. Harrington Raceway pitched in with $25,665. Delaware and Dover Downs have never made that kind of money from video lottery sales before.