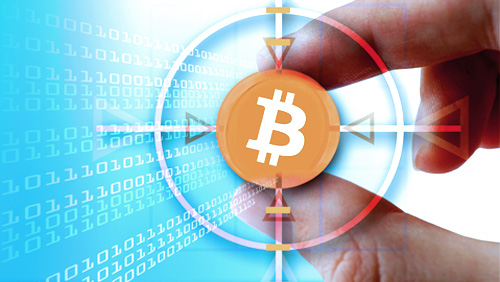 This is a guest contribution by Andrew Egan, writer and editor who covers high risk payment processing including Bitcoin processing on behalf of Soar Payments. If you would like to submit a contribution please contact Bill Beatty for submission details. Thank you.

That is not to say, however, that established payment processors and their banks are entirely immune to market pressure, but rather that the case for new technology and payment type adoption must be extremely strong before a large processor will take the leap. To that end, the case for accepting Bitcoins for payment processors has, over the last year, become so strong that it is my contention that it is virtually inevitable that 2016 will see significant increases in payment processor incorporation of bitcoin processing into their platforms.

In this article, I have outlined four stat based arguments that make a strong case for payment processors that have heretofore been on the sidelines, that the business opportunity virtually mandates that they begin accepting bitcoins in 2016.

Payment processors make their living processing transactions, typically for revenues that are mere pennies over cost. Therefore, a novelty payment system in which only a few thousand transactions are made per year carries almost no appeal to a large or even mid-sized payment processor.

Comparing that to the 6th largest traditional credit card brand, which is fully incorporated by virtually every major payment processor, Diners Club at 167 million transactions per year (Source: https://www.nilsonreport.com/publication_special_feature_article.php), may at first blush make Bitcoin appear small. But considering Bitcoin transaction volume has more than doubled year over year, it’s clear that within a mere year’s time bitcoin transactions will exceed those of the 6th largest card brand, despite significantly higher hurdles to utilizing the cryptocurrency.

Forecasting out a few years, it’s not inconceivable that Bitcoin transactions will exceed JCB and begin to rival American Express for transaction volume.

A consistent trend in payment processing has been margin compression across large, mid-sized and even small merchants. Historically, the industry maintained its margins because of information asymmetry between the processor and their customer.

The explosion of information on the internet, competition, and the transition to more transparent interchange plus pricing models, however, has, over the last decade led to an almost 50% compression in industry average net revenue margin, as the average markup over costs has gone from 0.30% per transaction to 0.21%.

The accompanying pressure on payment processors’ bottom lines has spurred many to attempt to differentiate their product offering in an attempt to shift from being perceived as a commodity provider to having a product which can generate brand loyalty and command higher margins due to its perceived unique offerings. Heretofore, that has largely taken the form of payment processors like First Data offering new point of sale hardware such as Clover, with mixed results.

But perhaps a stronger case can be made for adding additional payment methods into a payment processors menu of services. That’s because unlike a unique point of sale device like Clover, which costs the merchant nearly $2,000 to purchase, giving it limited appeal, offering additional payment types like Bitcoin only costs the payment processor up front development and legal costs.

These costs can then be amortized and easily recouped through higher retained margins or increased business. And from the merchant’s perspective, the ability to offer an additional payment method comes with no up front cost, and thus adoption is virtually universal.

First movers BitPay, CoinBase and BIPS, among others, have gobbled up much of the bitcoin payment processing business to date, which might initially make it appear as though there are few opportunities for companies not yet involved in Bitcoin processing. But, upon closer examination, these industry leaders boast total merchant counts in the 10,000 to 20,000 range, which, while impressive given the current total number of merchants actively accepting Bitcoin, pales in comparison to large traditional payment processors merchant count such as industry leader First Data (6 million) or even mid-sized payment processors like EVO (450,000) (Source: http://www.splicesoftware.com/wp-content/uploads/2015/03/SPLICE-Features-in-the-Nilson-Report.pdf).

Other Business is Already Higher Risk

For the low risk payment processing industry, the central business focus is client acquisition and retention, followed closely by processor and bank sponsor reputational concerns, and only then a less pressing concern for managing and mitigating losses. By contrast, the high-risk payment industry is focused, first and foremost, around the premise that the payment processor must be able to gauge the likelihood of fraud or loss, and set rates or reserves above that assessed risk in order to preserve profitability on that merchant.

Consequently, a successful long-term high-risk payment processor will forego additional business and merchants if they cannot confidently gauge the risk of loss, whether regulatory or financial. The early perception of Bitcoin as a haven for illegal activity virtually ensured that the traditional low risk payments community due to reputational concerns would not enthusiastically adopt the cryptocurrency.

By contrast, in the high-risk community, payment processors have previously been reticent to incorporate Bitcoin processing, because of the actuarial uncertainty concerning the risk of loss associated with these transactions.

Over the last few years, however, it has become increasingly clear that these transactions generally spell significantly less risk of loss to high risk payment processors than does their existing high risk credit card processing activities. That is due, in part, to the cash-like nature of Bitcoins, which largely means that one of the most significant risks of loss to high-risk processors; chargebacks do not exist as a concern.

Based on our internal financial data conducted by analyzing our 2015 high risk account losses, unrecovered chargeback losses comprised 68% of total losses incurred by the high risk payment processor. Assuming that statistic holds constant amongst other high risk processors, the virtual elimination of that significant source of potential losses, and the fact that there fewer regulatory concerns relating to Bitcoin acceptance each year (Source: http://www.nclawreview.org/2015/01/virtually-possible-how-to-strengthen-bitcoin-regulation-within-the-current-regulatory-framework-2/) makes a convincing case that, at least for high risk payment processors, facilitating Bitcoin transactions is among the lowest risk of loss activities that the processor can engage in.

Andrew Egan is a writer and editor who covers high risk payment processing including Bitcoin processing on behalf of Soar Payments. You can read the latest writing by Andrew by visiting the site or via the company’s Twitter account.