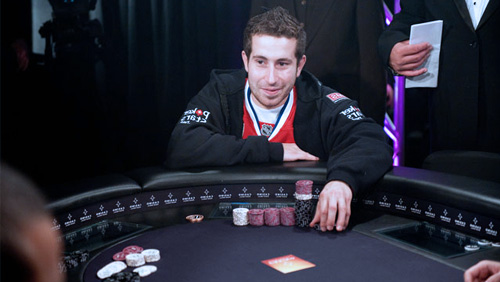 Jonathan Duhamel has inked a deal that will see him act in the role of ambassador for the Société des casinos du Québec (SCQ). He will represent the casino overseer in the forthcoming World Series of Poker Circuit (WSOPC) event set to take part in the Casino de Montréal April 20 – May 1, and a selection of online games.

In 2010, Duhamel came from absolutely nowhere to become the first Canadian to win the WSOP Main Event and win $8,944,310 (the fourth largest in the event’s history). He has since gone on to be one of the most successful WSOP Main Event champions of all time winning a further two bracelets and over $17.5m in live tournament earnings.

Dropped by PokerStars, Beaten by Thugs

The signing comes 12-months after PokerStars inexplicably dropped him like a stone. The world’s largest online poker room signed Duhamel in the winter of 2011, and he enjoyed four great years as part of the fabric.

In Dec 2011, Duhamel was the victim of a home invasion that saw him tied up, beaten and threatened with death. The perpetrators escaped with $115,000 in cash, a Rolex watch, and the WSOP Main Event bracelet. Part of the money and his bracelet ended back in Duhamel’s arms after the robbers were caught (one of them was wearing his watch at the time). His ex-girlfriend Bianca Rojas-Latraverse was found guilty of orchestrating the crime and sentenced to 3.5 years of porridge.

Global Poker League: On The Wrong Side

In February, Duhamel involvement in the Global Poker League (GPL) was secured, but not for the team everyone expected to nab him. Duhamel was a shoe-in for the Montreal Nationals before Chris Moneymaker, Team Manager for the Las Vegas Moneymakers, stepped in and snapped him up.

A bit sad to not be representing my city @MTLNationals , but hella good memories from Las Vegas, let’s go @LASMoneymakers !!! @CMONEYMAKER

Quebec Finance Minister Carlos Leitao has been in the news this week urging people to support Bill 74. Leitao believes the bill is needed to help protect Internet users against the demons from the deep who don’t safeguard online gamblers in the same way that government-run online casinos do.

Citizens are of course up in arms about the potential success of the bill, as should anyone else who demands the right to view whatever the hell they want online, believing the bill is nothing but a form of censorship that hands governments too much control over our Internet travels.

Digital law experts have also thrown a spanner into the works this week by declaring that the new bill is illegal. People such as online legal wizard, Michael Geist, from the University of Ottawa, has said it violates freedom of expression and contravenes Quebec’s telecommunication laws. Geist said that the Quebec government didn’t understand the ‘importance of an open and free internet’.

The main worry about the passing of Bill 74 is it could prove to be the gateway for further online censorship beyond online gambling.

“We are a free and democratic society,” Geist told The Star.