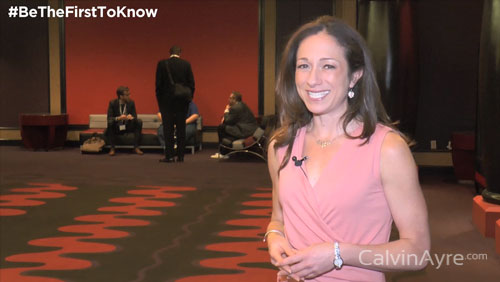 For the third and final day, delegates returned to Planet Hollywood to close out iGaming North America 2016.  Today’s schedule included a selection of panels with an emphasis on DFS along with a brief awards ceremony during the networking lunch break.

Its fair to say the skill vs. gambling argument has been beat into the ground and is old news, something all panellists agreed on.  Asher said the argument about DFS as a skill game was just a big smokescreen and most people accept there is a lot of skill involved, but that its gambling…same with blackjack and poker…both are widely accepted as gambling.  “The debate has moved on, its gambling, so now what?  We’re seeing various states dealing with it in different ways”, he said.

Young said FanDuel and DraftKings are currently “fighting for their life”.  He said it will be important to see what kind of laws are being put forward for DFS- when it comes to online poker and casino anything is better than nothing, but he’s not sure if it’s the same for DFS.  He said the laws currently being put forward are putting barriers to entry that are too large for the smaller DFS operations.

“Massachusetts should be the template for all states”, said Wallach in regards to the DFS regulations MA is putting in place.  He said most other bills are driven by FanDuel and DraftKings with limiting requirements such as huge licensing fees and rather should be mirroring the kinds of protections that are already in place in Nevada, New Jersey and soon to be Massachusetts.   “DraftKings and FanDuel want it their way and their way only…this may slow down the process of regulation”, he said.

We know from previous DFS panels Asher has participated in that he believes fantasy sports should be regulated and taxed.  He doesn’t see why this form of gambling is special and should be in an unregulated world or an “illusory” regulated world.  When asked if he plans to offer DFS to his Will Hill customers his answer was there are no plans to offer it now and no one is making money in DFS except the networks accepting advertising from DFS and the leagues.

“The question is, if you turn off the advertising, can you keep the players playing?” Asher said.

When it comes to the possibility of regulated sportsbetting across America (with a big emphasis here on possibility), Young said it will be interesting to see how DFS evolves in conjunction with regulated sportsbetting and we should watch what’s happening overseas in Europe with DFS in the meantime.  “It will be an interesting thing to watch over the next few years, what’s important is for innovation not to be stifled”, he said.

Bunevith added, “I don’t think if regulated sports betting comes to fruition that DFS will go away”.

Breaking up today’s sessions was the second annual iGaming North America Awardsh.  The lunchtime ceremony was short and sweet and, emceed by the forever entertaining Michael Caselli and the winners were as follows:

Miller started off by asking “How engaged is the average player? How fun is the game?”  Frike suggested establishing a social relationship between the players you want to attract and the operator is incredibly important and said “the product is more entertaining than the game itself”.

Frike went on to add live and online poker feel slightly different but are both familiar and there is a lot of back and forth, re-engaging players over and over again.  He said this is something a lot of land based poker rooms don’t understand, online and live poker do not compete, they add to each other.  “Online poker is not threatening the live poker games, if anything, they are the reason why poker exists as it does in Vegas”, he said.

Miller advised to build games with the recreational player in mind and McLoughlin added, “The right way to engage the customer is using games of skill that don’t involved a PHD to play”.