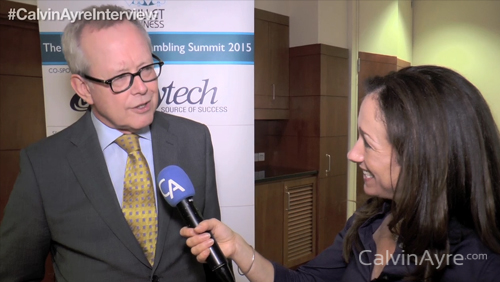 In this interview with CalvinAyre.com’s Rebecca Liggero, David Clifton talks about Europe—especially the United Kingdom’s—appetite for daily fantasy sports.

All eyes are on daily fantasy sports in Europe.

As we all know, there’s a lot happening in the United States when it comes to daily fantasy sports, and the events, whether they’re good or bad, have caught the interest—and whet the appetite—of operators located across the pond.

Lawyer David Clifton, of Clifton Davies Consultancy, said “there’s a bit of appetite among operators,” particularly in the United Kingdom.

“The number of people that we’ve had coming to us asking for advice, wanting to capitalize on what is see as huge success in the U.S. I think that’s certainly an indication that there’s appetite for operators,” Clifton told CalvinAyre.com.

Punters, on the other hand, are a different story.

“[There’s] a very, very established sports betting market here in the UK serviced by very long established industry, not the same as in the U.S.,” Clifton said. “[Daily fantasy sports] is gambling. It’s regarded as gambling 100 percent in this country. As a result of which, it needs license, it has to be taxed, so it’s a very different environment.”

Last month, DFS operator DraftKings finally launched its long-awaited product, DraftKings.co.uk, in the UK market. However, sign-ups are currently available only via Android and iOS apps because the desktop product isn’t ready yet.

Whether daily fantasy sports become a big industry in the Europe or not remains to be seen, but Clifton said he’ll certainly be watching with interest on how things play out in the future.

“I don’t want to pour cold water over everything, but for the reasons that I have said, primarily because the sports betting market is already very, very well served. I hope from the point of view of operators, they find success, but again, I’m going to watch with interest and I’ll be surprised if it achieves the same levels of success as it has in America,” Clifton said.