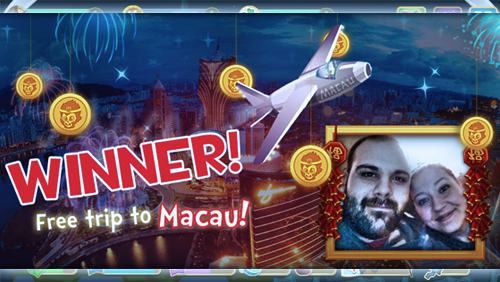 The competition, Monkey Mania (to celebrate the Year of the Fire Monkey), gave players the opportunity to collect a total of 100 Monkey Medallions playing any skill or casino games in the Kash Karnival, from 7-14 Feb 2016. Collecting all 100 medallions would instantly win the trip to Macau.

“It was a really exciting promotion to run,” says Marketing Strategist Michael Moretti. “These kinds of big prizes, that give so much back to our players are unique, not only to the Kash Karnival, but to social casinos worldwide – they never really run this kind of big ticket wins to their players, as social casinos are mainly about playing for free and winning just virtual coins and credits. Not very incentivising is it? Our motto is ‘Win Differently’…and by that, we are always challenging ourselves to find new ways to give our players unique rewards and encourage them to play more and improve on their skill gaming to win big. With Monkey Mania we succeeded at both.”

The promotion has been the most popular in Kash Karnival history, with a total of over 100 million Remo coins bet over the 7-day challenge.

“[The popularity] was a direct result of the prize,” says Creative Director Myles Blasonato. “Players were really attracted to the chance to win a free ticket to an exciting overseas location like Macau and as such, our activity during that period reached a frenzied pace – everyone was just betting, playing and trying to collect as many medallions as possible – it was truly crazy!”

The Kash Karnival saw a spike in registrations in the days leading up to the promo and an almost 100% increase in retention on daily player return. Furthermore, players were really vying for the top prize with real money purchases rising more than 200% with players purchasing more coins to bet with and more Luck – the in-game stamina system allowing for more play-time. 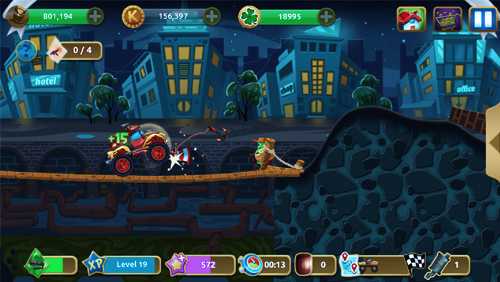 Eventually, the prize was awarded to a female player from Washington in the United States. She collected 100 medallions by almost exclusively playing Perilous Posse, one of the more popular skill games within the Kash Karnival. Royal Wins representatives are now liaising with a very excited winner to send her safely to Macau and back home. Suffice to say, she is one happy gamer.

The Kash Karnival is already breaking ground in the social casino industry by allowing players to bet on their skills and easily redeem their winnings for real item prizes – something no other casino has been able to do successfully. Now they can boast a free travel tickets to desirable destinations in their list of issued prizes. What other outrageous campaigns will they come up with next?