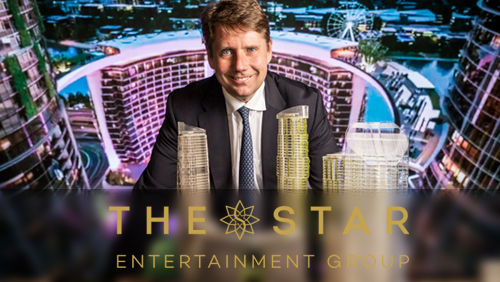 Upgraded infrastructure and new entertainment offerings could be the key to sustaining tourism in southeast Queensland, according to The Star Entertainment Group CEO Matt Bekier.

The Star executive was quoted by The Macau Daily Times, saying: “The reality is we need to have a lot more hotel competition, partners that have the capability to sell those rooms.”

The “investment boost” is needed not only by Star Entertainment Group, but also by other casino operators in the region,

which, according to Bekier, is aiming to become “a haven for affluent Chinese and Indian tourists.”

“As people become more affluent, their behaviors change—they want to have experiences,” the CEO noted, according to the report.

For its part, Star Entertainment Group is planning to build a $3 billion casino resort, featuring a 1,100-room premium hotel, residential apartments and a casino, among other facilities. The project, which is still subject to planning approvals, will be named The Star and is expected to open in 2022.

But even without “The Star” project, the casino operator has reportedly already captured an estimated 20 percent of southeast Queensland’s Chinese tourism, according to The Australian. And Bekier, who has been a staunch supporter of promoting tourism in the region, believes the city has what it takes to compete with the largest gaming hubs around the world.

“We need other people to build more hotels, more tourist attractions, more food and beverage options [in] places other than Tangalooma. We are working with the tourism industry to try and activate the sector so we can sell all of southeast Queensland, offering an authentic, unique proposition that allows us to compete with Melbourne, Macau and Singapore,” Bekier said, according to The Macau Daily Times.

Don’t expect a spike in poker machines in Canberra any time soon.

This was after Australian Capital Territory (ACT) Chief Minister Andrew Barr dismissed claims from a Raiders club lobbyist that Barr’s chief of staff, Jamie Driscoll, floated the idea of “increasing poker machine number so 500 could go to the casino.”

The casino they are referring to is the Canberra Casino, for which Aquis Entertainment wants 500 poker machines.

Currently, poker machines in Canberra are capped at 4,994, and four out of nine clubs own majority of them: the Tuggeranong Vikings has 715 machines, the Southern Cross Club has 620 machines, the Raiders has 528 machines, and the Labor Clubs has 503.

Farmer has been lobbying on behalf of the clubs who were against giving the casino the poker machines on grounds that it would destroy their businesses.

The Canberra Casino, which Aquis bought in 2014, has a $330 million revamp that will include VIP and mass gaming facilities in addition to hotel and non-gaming facilities. As part of its revamp, the casino operator sought to acquire poker machines through a trading scheme that currently exists among the clubs that have the machines.

“We don’t have an intention of increasing the total number of machines in the Territory, we want to work with government to help achieve their goals,” said Aquis Entertainment Executive Director Justin Fung. “A lot of the clubs believe that they have too many machines and are looking to sell.”