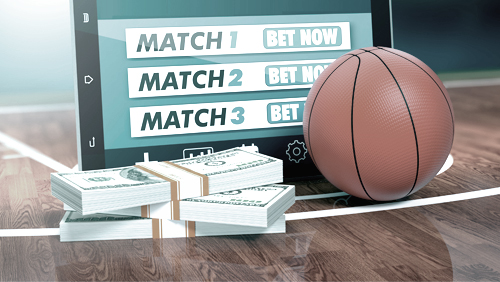 Part of the allure in college basketball is how quickly things can change. Last year, Kentucky was a seemingly unbeatable juggernaut surrounded by legitimate threats from all over the country. It felt like there were superstars and future NBA greats in the making. This year’s sort of different.

I say “sort of” because we’ll get caught up in the fury of March Madness betting once again, and talent is always relative at the college level. Kansas, Oklahoma, Michigan State, UNC and Villanova have all shared top honors in the AP Top 25 poll this year. And all five of them are still rolling around in the top end of those rankings. Does this mean that college basketball has achieved the zenith of parity?

Nope. The teams in college basketball this season simply aren’t as good as they have been in recent years. By Week 17 last season, there were eight elite teams that had lost three games or fewer. There are zero such teams this year.

All that does is level out the playing field and make longshots much more tempting. The best teams in the country are all beatable by lesser-ranked schools. But that doesn’t mean you should swing for the fences just because it’s a bit of a down year.

The average ranking of a championship team in the postseason AP Top-25 poll over the last decade has been 4.3. That includes two number ones (Kentucky ’12, Florida ’06) and the 18th ranked UConn Huskies in 2014. The second lowest ranked team to win a championship is the 2011 UConn Huskies.

So as much as I want to try and create this frenzy by talking about some of the low hanging teams in the country, it’s hard to really stray that far away from the legitimate contenders. Listen, in the moment you can go bananas when a team like Florida International or Wichita State goes completely bonkers. That’s what the March Madness betting spreads are for.

The futures and long-term prop bets are an altogether different matter.

The Bears have a legitimate chance at creeping up the rankings by the end of the year, but it is worth noting that their opening odds to win the national title have gone from +2500 +3300. So why bother taking a look?

The Bears have two top-10 prospects in the upcoming draft, and both are absolutely ripping at this level. Jaylen Brown is an unstoppable swingman who can penetrate to the basket seemingly at will, while power-forward Ivan Rabb is a fairly dominant big who desperately needs to put on more size.

I like the pair of them, and at +3300 it’s not a bad flier play if you have some spare change kicking around. It’s not a great one either, but that’s why we call them longshots.

People always fall in love with Baylor’s length, and this year they’re just as tempting. They’re one of the best rebounding teams in the league, but that’s a byproduct of their poor perimeter shooting. Don’t fall in to this trap. Odds like this never pay out.

In a crazy year like 2015-16, a team like Arizona is going to generate some buzz. I get it. They’re a fantastic scoring team as usual. In the last five seasons, they’ve gone to the Sweet Sixteen or the Elite Eight. But this year, they just don’t feel like one of the best teams in the country. They’d need to string together a remarkable run of wins and I just don’t see it in them.

As much as I’m enamored by center Jakob Poetl, Utah leaves too much to be desired everywhere else. They score a decent amount of points, but their perimeter defense is soft. A recent 8-2 SU and 7-3 ATS streak has garnered the attention of spread bettors everywhere. Keep leaning on them on a game-by-game basis, even in the tournament. Just don’t buy in when it comes to the futures market.

The Wildcats are amongst the top end bets to make in the futures market, and I’m not sure why outside of their public appeal. Jamal Murray is a fantastic guard who has cranked up the heat lately, scoring 26.4 points during a 6-2 SU and 5-3 ATS run, but he’s very much alone on this team.

The Wildcats are not a super deep squad, and though John Calipari is one of the finest recruiters in the land, there wasn’t a whole lot of incoming freshman talent to grab this past year. When you’re a high turnover program like Kentucky, that kind of stuff will show. I’d shy away from the Wildcats in any form of March Madness betting, while preferring the SEC rival South Carolina as a spread busting dynamo in earlier rounds. The Gamecocks are a blissful 18-8 ATS this year.

I love that this team can put up points, but I despise the way they play defense. I hate it when teams allow more than 41-percent in allowed field goal percentage, and Indiana gives up 44.2-percent from the field. Their -19.0 point stinker against the Spartans also stands out. Beating up Big Ten opponents is one thing. Taking on the best in the country isn’t going to make things easier for a defensively inept, undersized squad.

Like all teams in this category, Oregon’s scoring is exciting, but their defense and inability to rebound the ball effectively pump the brakes on the Ducks hype train.

I can absolutely see why a lot of people like UNC, but I can’t see why people would love them. Their odds to win the title are inflated by their public backing. There’s a huge faction of people who simply want the Tar Heels to do well. It might be nostalgic. It also might be because they’ve never escaped the first weekend of the tournament for the past five years. There’s really no reason to believe that this veteran group is capable of ending that streak.

I like all three, but only in the context of the 17-week season.

Do you believe in Buddy Hield that much? I mean, I love watching him play. He’s going to be one of the most exciting players in the tournament. But Oklahoma has flirted with greatness like this before with Blake Griffin. There’s just not enough supporting talent around Hield to push Oklahoma past the second weekend of March Madness betting. He’s turnover prone simply by virtue of how much he touches the ball. I hate telling people to bet against him, and for the most part you don’t. But you can freely bet against Oklahoma as a team because they rely on their star way too much.

Both of these teams are built for the regular season and I don’t mean that in a bad way, but it’s hard to envision any of them really pushing the distance. All of them rely on perimeter shooting and lack size to an important degree. Poor rebounding teams rarely make for worthy takes in the futures market when it comes to March Madness betting. A lot of people are going to take these guys as “under the radar” plays. Don’t bother. They have “letdown” stamped across their foreheads.

MY FAVOURITE BETS TO WIN IT ALL

The top four takes in my estimation and I can’t believe that Xavier is one of them.

I know, I know. Everybody hates Duke. Fuck these guys, right? Well, I’m always going to look at a team that can make me money and these odds on Duke are as good as they’re ever going to get.

Listen, aside from being the defending champs, Duke has everything you’d want in a long term Mach Madness betting pick. Grayson Allen is a superb player who knows how to win. Marshall Plumlee is one of the better, technical big men in the country. And Brandon Ingram might end up being one of the most outstanding performers in the tournament.

So hate on Duke all you want. I’m throwing a chip at their +2000 odds without even thinking.

Betting on Xavier seems like sheer lunacy. But isn’t that why they call it “March Madness”? Xavier lost a bit of momentum after beating up Villanova because they followed that performance up with a thumping at the hands of Seton Hall. Still, there’s a lot to like here.

Xavier is long, mean and agile. They can pound the boards with excessive force because they have three capable bigs in the rotation, and they’re a balanced team. They get scoring from everywhere – and lots of it since they average 80.4 points per game. There’s something about them that reminds me of the 2013 Louisville Cardinal.

The big question is whether or not they can really hold on against some of the big name teams. But if you’re looking at this season thematically, it’s been weird, and nothing would be stranger than Xavier going the distance.

Take your pick between the two top teams. Hell, you can even use both of them as heavy hedge plays. Bill Self and Tom Izzo are two of the greatest college basketball coaches to ever grace the sport, and their teams are the best overall from almost every consensus ranking (including the Pomeroy Ratings). The Jayhawks grade out slightly higher, but Michigan State has faced a much tougher schedule. And considering the pedigree of both of these schools, they make terrific takes in the futures market.

Well, unless you prefer chasing dogs like the rest of us March Madness betting maniacs.

There will be more to come as we – ahem – march closer to the big dance.