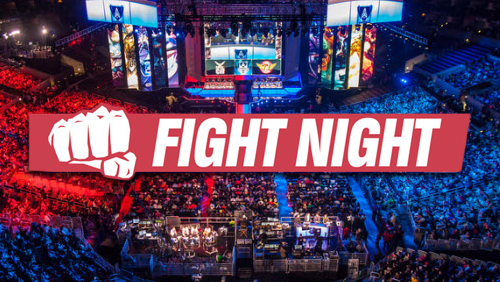 The one-off exhibition will feature a face-off between Astralis and Fnatic—two of the biggest eSports teams today—on Thursday. The two teams will be gunning for a €4,000 ($4,400) prize.

“Betway Fight Night pits the best teams of eSports against each other and the upcoming event is sure to capture the imagination of eSports fans,” Betway marketing director Anthony Werkman said in a statement.

The online bookmaker, which launched a dedicated eSports portal in August 2015, will be offering a comprehensive collection of markets on the ‘Best of Five’ Counter Strike Global Offensive battle.

“Since Betway launched its dedicated eSports portal, we’ve seen this area of the sportsbook grow exponentially and it regularly features in our daily top 10 sports for turnover. This is another way for us to join gaming fans in supporting the growth of eSports,“ Werkman said.

Betway Fight Night will be hosted on the Aftonbladet Twitch channel.

Meanwhile, League of Legends creator Riot Games is stepping up in its efforts to handle misconduct during professional eSports tournaments.

Riot announced on Wednesday a new standardized penalty system for pro players, which will include publicly tracking infractions and violations over the course of the League of Legends Champion Series (LCS) season.

“Our goal for League of Legends eSports is to showcase the highest quality of play and sportsmanship in competitive League of Legends,” Riot’s director of eSports Whalen Rozelle said in a blog post. “To meet that standard, we need to establish and uphold goalposts to ensure a fair and stable ecosystem for players, teams, and the league.”

The penalty system is made up of two parts: the first part involves an LCS index for “common or minor offenses which warrant a suspension of less than three competitive months,” including unsportsmanlike conduct onstage, exploiting a bug despite getting a warning and lying about a player’s eligibility, among other things.

The second part will have a general index for “major offenses warranting a suspension of three competitive months or more, and whose penalties will be the standard across all global leagues.”

“The goal of both regional and global rules is very simple: to deter and penalize behavior which is at odds with the health of the league. They’re also designed to offer a clear and transparent set of guidelines for players and teams to be able to fully understand the consequences of any rules broken,” Rozelle said.