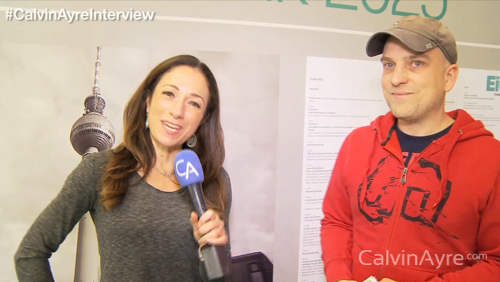 In this interview with CalvinAyre.com’s Rebecca Liggero, ESL chairman Jens Hilgers discusses how the eSports industry has grown since it started in 1998.

Jen Hilgers believe the eSports sector is already at a “critical mass,” ready to explode at any moment.

The ESL chairman said the industry has already grown from a niche phenomenon in 1998 to what it is now today, complete with infrastructure that enable multiplayer network computer games to be played globally.

“eSports, based on all these different factors that come together to a critical point, is probably right now at a point where it’s really, I don’t want to say exploding, but it’s a critical mass in audience, and that opens bright opportunities,” Hilgers told CalvinAyre.com.

The projected growth for eSports is gigantic over the next couple of years. SuperData analysts forecast the industry will grow to over $1.9 billion by 2018, drive mainly by players and operators in the U.S. and Europe. Hilgers believes this is because competitive gaming is “more exciting” than traditional sports.

“eSports itself is an evolving sport. The audience that we serve today, many of them young people, are people that grow up in the much more agile world. They kind of have a bigger interest for intellectual stimulation… They want to change, they want deeper depth in strategies in games and that’s exactly what we really don’t see in traditional sports that much,” he explained. “How much has changed in soccer in the last 20 years really, right?”

Competitive gaming also allows for players to have a “deeper engagement” with the sports that they like.

“Computer games enable you to kind of participate in your sports which gives you much deeper engagement with the sport and entertainment that you really like, so we think all of these things make it really more exciting and last but not the least, probably transparency,” Hilgers said. “The sport being kind of a sport that is driven by its audience, really. I think all of these things kind of come together and make eSports, in my eyes, a much more beautiful kind of sport and entertainment experience.”