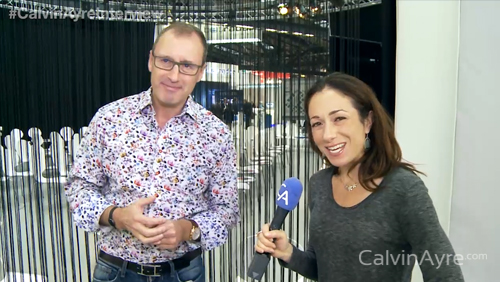 In this interview with CalvinAyre.com’s Rebecca Liggero, author and entrepreneur John Straw discusses how the right kind of content is the key to solving the online gambling industry’s ad blocking issues.

Content is still king, especially now that the threat of ad blockers is plaguing the online gambling industry.

The launch of the Apple iOS 9 also pave the way for ad blockers, which has completely disrupted everything when it comes to online advertising. Author and entrepreneur John Straw said hardware devices only account for about 25 percent of the market place, but they account for at least 50 percent of web browsing and up to 75 percent of ecommerce transactions.

“The first thing that happened is by ad blocking coming in, you’re excluding one of the fastest growing advertising channels ever, a channel which is supposedly worth 100 billion by 2021. The upside to the consumer is that it improves the experience dramatically, which is why Apple enabled it because the load time is much faster and it’s gotten viral,” Straw told CalvinAyre.com.

The New York Times previously compared the loading time of online newspapers on iOS 9, and the results it got was “phenomenal.”

“It was something like 30 percent, so consumers will jump more and more into that, but it doesn’t stop there,” Straw said. “Tivo that owns the patent around pausing live TV, so you know what happens: you pause live TV, you go into the kitchen, you make a cup of coffee, you come out, you fast forward the ads. Well, they’ve just introduced technology three weeks ago that simply strips out the ads entirely, so that becomes a really compelling experience for the use because no more advertising, so the ripple effects are just huge.”

For the online gambling industry, Straw said the solution would be to have “content, content and probably a little bit more content on the top of it.”

“A lot of that is going to be [virtual reality] content, a lot of that is what I’ve described as being momentology. The ability to present content at the right moment to the consumer in whatever cycle they are in, whether or not they’re in a browsing cycle or a consuming cycle, whatever,” he explained. “But you got to get the right level of content to those people. It’s got to be valuable. It’s not the stuff that you churn out with 23-year-old editors. It’s got to be the really clever content that’s got the opportunity to go viral. But it’s momentology, it’s presenting the stuff at the right point.”

Straw believes immersive gambling, thanks to virtual reality, is going to be the next big thing, and operators should take advantage of it as soon as possible.

“The opportunity for immersive gambling is just simply amazing. The ability to walk around a casino in Nevada, the ability to walk around a casino in south of France and actually be with people, especially when it becomes socialized. So for example, you might get to form friendships with other players around the world and be able to actually socialize in a virtual reality environment. That would be the first part of it, socialization is huge. The second part of the immersiveness is to be able to deliver custom environments to that particular user. In my view, the company that will win in this space is the company that starts heavily investing now in generating VR libraries and VR experiences,” Straw said. “We know that the mass market thing is going to happen, so you’ve got to get yourself in the position that you prepare by doing this level of investment in VR content.”