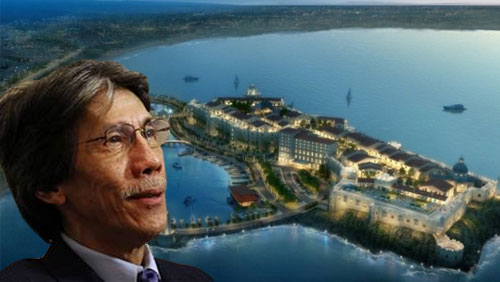 “The project will represent a new chapter in the Cape Verde tourism sector,” said Chow, adding that it would also serve as an example of the abilities of the people of Macau in the business world.

Chow, during the announcement of the project in July, said that the company’s investment in Cape Verde is the first step of its expansion in the international market to offset losses in Macau due to the Chinese government crackdown.

Neves described the project as another pillar for the development and transformation for the country.

“This project will allow tourism in Cape Verde to reach new heights,” said Neves, quoted by Lusa. He added that the project will increase the number of annual tourist arrivals to the country from the current 600,000 to about 2 million over the next few years.

Under the agreement with the Cape Verde government, Macau Legend subsidiary CV Entertainment Co will be granted a 75-year land concession and a 25-year gaming concession, of which the first 15 years will be an exclusive concession for casinos on Santiago Island. CV will also have an exclusive nationwide operation of online gaming and sports betting (land-based and online) for 10 years.

The casino resort, which will feature office buildings, a museum, a marina and a convention center, will be located on a 1.6 million sq. ft. land plot in Praia on Santiago Island.

The construction is expected to take three years.