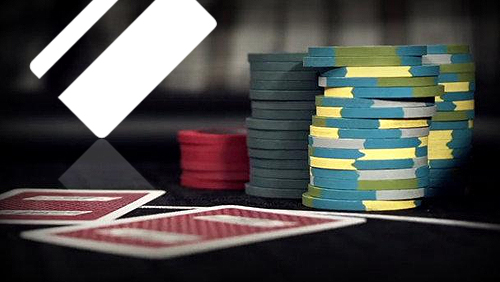 Is the magician Dynamo a member of PartyPoker?

I did get the pleasure of once seeing him perform live at the World Poker Tour (WPT) Venice festival.

He must be because payment processing fees of all description have vanished from the online poker site recently shepherded under the wing of GVC Holdings.

The company who calls itself The People’s Poker Site (a tagline that always reminds me of the WWE wrestler and actor The Rock), have gone where others dread. They have sat down with their payment processors and agreed a way forward that will benefit their customers bottom line.

The latest news is an extension of the sterling work that began in August when players withdrawing via Mastercard, Maestro, Visa, Kalixa Pay, Goplay prepaid Mastercard, ClickandBuy, and PayPal were told they no longer needed to pay a processing fee.

Speaking to the press at that time, PartyPoker’s director of games, Golan Shaked said, “We are now looking at ways to eliminate withdrawal fees from the small number of payment processors who currently charge a premium for their services.”

It seems they found a way.

The likes of Neteller, Skrill and WebMoney, will no longer hold players accountable for withdrawing their funds. The site is now fee from all withdrawal fees.

Group head of PartyPoker Tom Waters explained that the decision to go down this route emanating from feedback received from their community.

Happy to hear it.

Partypoker’s bezzie mates The World Poker Tour (WPT) are getting geared up to showcase their talents on Fox Sports Network (FSN).

Season XIV action will be televised starting Sunday, February 28 with the first three installments focusing on the WPT Choctaw action in Oklahoma.

There will be 27 episodes aired from the nine tour stops that saw Mike Sexton, Vince Van Patten and Lynn Gilmartin calling the action. It will be the 14th time Sexton and Van Patten has taken the hot seat. Gilmartin returns for her third successive season since making the switch from PokerNews.

The Raw Deal segment is also back. 2016 Aussie Millions Main Event runner-up Tony Dunst will once again host. Let’s hope he doesn’t lose his microphone. It will be the sixth season Dunst has been suited and booted in front of the WPT cameras.

This season promises to be very different from any that have been filmed before. The WPT Championship is dead. Long live the WPT Tournament of Champions.