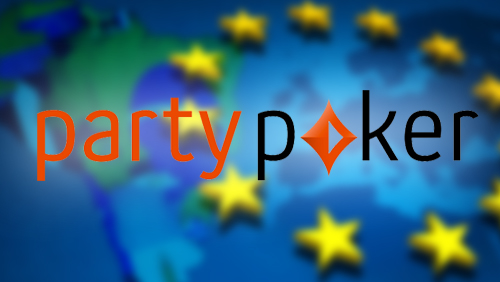 PartyPoker returns to 21 new online gambling markets including jurisdictions it exited as part of its “volume to value” strategy.

PartyPoker has begun operating in a number of new national markets after GVC Holdings completed its deal to buy bwin.party.

Bwin’s online poker room has written to affiliates asking them to estimate the number of first time depositors they anticipate in each market.

New sign-ups from 18 countries in EU and South America served by Bwin.party were blocked in April 2013. The decision was likely a mix of regulatory concern and simple cost analysis. The countries may have represented markets either too small or simply unprofitable for Bwin.party to maintain operations there.

Many EU countries on the list curbed or prohibited online poker such as Greece, Poland, Romania Cyprus and Hungary, while Finland and Serbia had small regulated online poker markets.

Many of the markets that PartyPoker is re-entering are expected to introduce online poker licensing systems, such as Colombia, which opened a consultation on launching a regulated online gambling market. Brazil is pushing a legislative effort to legalize online sports betting, casino and bingo gamesr.

Bwin.party’s group head of PartyPoker and Cashcade Tom Waters confirmed the news to EGR, saying that the company had re-opened in a “limited number of regulated territories” following a “thorough review” of PartyPoker’s operations.

“Along with other operators in the industry, we do accept gameplay from customers based in yet to be regulated territories where customers are not prevented from accessing online gaming products,” said Waters. “We have re-opened registration for a number of markets and could potentially look to do more if the commercials support it.”