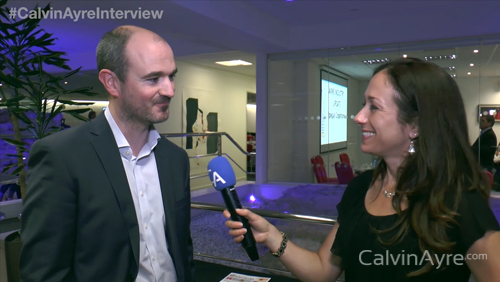 In this interview with CalvinAyre.com’s Rebecca Liggero, mGage’s David Sheridan discusses the elephant in the room—charge-to-mobile payments—and how it relates to the online gambling industry.

It’s about time someone talks about the elephant in the online gambling industry room: mobile payments.

“That’s been the elephant in the room… the fact that you could pay several times more for a charge-to-mobile payment transaction because of the charges levied by the mobile network operators,” Sheridan told CalvinAyre.com.

Because of the hefty levies, Sheridan said it’s more expensive to undertake a transaction that is being charged to a user’s mobile bill. However, the conversion rate is so much higher.

“Gambling operators can make that money back by way of having much higher conversion rates. For example… 70 percent conversion on charge-to-mobile, whereas it might be more like 10 percent on credit card transactions,” he explained. “You can end up with a scenario whereby you’ve got much higher volume, which offsets the fact that you’ve got a slightly lower out-payment rate.”

Sheridan also believes that charge-to-mobile payments have so much room for growth, particularly in the UK market.

“There’s a major opportunity, because it still remains predominantly the domain of specialist mobile gambling companies who are being very successful but they don’t have the presence and the brand recognition that obviously some of the high street bookmakers and the bigger Internet-based companies do,” Sheridan said. “It’s not very technical, you know, as a technology solution, however, there’s still very limited knowledge from the gambling companies in terms of what’s involved, so when it overcome that barrier then I think it would be possible for it to be significant.”