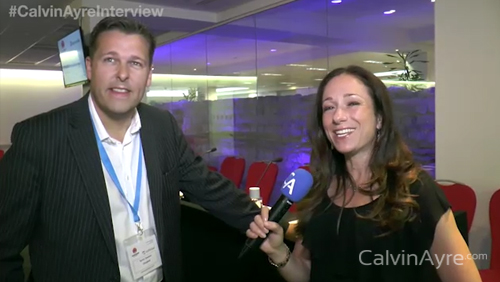 CalvinAyre.com’s Rebecca Liggero talks to Kevin Dawson, head of payments of Oxygen8 Group, about the state of mobile payments in the online gambling industry.

Mobile is a huge topic in the online gambling industry. But mobile payments, particularly charge-to-mobile billing, is a fairly new concept that is yet to be adopted by the players within the gaming sector.

Kevin Dawson, head of payments for Oxygen8 Group, admitted that charge-to-mobile—specifically in the United Kingdom—is still being tightly scrutinized by the players.

“In essence… [the players] don’t wat to lose anything they’re paying in as a credit,” Dawson told CalvinAyre.com. “In the UK, [our] challenges are the API level, where the operators were being [made] to add credits to essentially, mobile phone accounts and to make withdrawals against that so it doesn’t [sit] very well when it comes to the requirements of the gaming industry. We’re seeing the opportunities within the gaming sector is very much in the early stage of user engagement and acquisition, so using mobiles as a direct medium.”

Outside of UK, there are other markets that use charge-to-mobile billing. Consumers in Africa, for example, are using their mobile devices to charge their gambling.

“Africa is quite a different proposition,” Dawson explained. “There’s a whole economic dependence on mobile Africa. There’s no fixed infrastructure, so the whole marketplace is educated, informed [in] using mobile not for their everyday life, but also for payments. Its’ the key emerging marketplace in the region.”

Aside from Africa, there are also other “interesting” places to look at when it comes to mobile billing.

“Within Europe itself, Scandinavia has given us some good examples of where they really have embraced it,” Dawson said. “It’s [a] very mature population or marketplace adoption. The carriers are being strong and supportive in markets like Scandinavia, and so you can transact and buy lots of goods and services—physical goods or non-physical goods—through the mobile phone.”

Dawson believes UK can learn a thing or two about mobile payments from Scandinavia.

“We are making strides in England, but we are still in infant level-like of stage as opposed to being well established and adopted,” he said. “I think the key forward will come from some major brands, opportunities that the brands can bring. It gets universal, consumer awareness and with the awareness comes a bulk of opportunity for more brands to embrace as the noww.youtube.com/watch?v=PStK7rp6x1I&feature=youtu.berm rather than being a niche as it currently stands.”