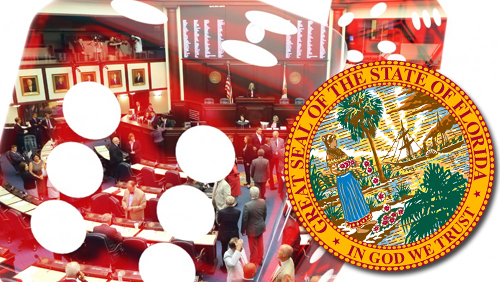 Let the games begin in the Florida Legislature.

State House and Senate members have rolled gambling proposals that could, among other things, potentially allow the Seminole Tribe to add craps and roulette at its casinos, several news outlets reported last week.

According to the Associated Press, the House introduced on Friday three different bills related to gambling. The bills include a proposal that would require voter approval for any future gambling expansions in the state, while the second proposal could potentially pave the way for a new casino in Miami. The third bill discusses the possibility of slot machines in Palm Beach County.

Meanwhile, the Senate is also expected to tackle gambling legislation any time this week, the News Service of Florida reported. Senate Committee on Regulated Industries Chairman Rob Bradley and Regulatory Affairs Chairman Jose Felix Diaz were in charge of the two proposals, which were slated for votes in both committees.

One of the bills, which Diaz described as “gargantuan,” is a mirror of the House version and would finally authorize the deal—believed to be the largest tribal revenue-sharing agreement in the country–inked by Gov. Rick Scott and the Seminole Tribe of Florida.

The new 20-year gaming compact will preserve the tribe’s right to offer blackjack and other house-banked card games at all seven of its casinos, and more importantly, the tribe’s casinos will also have the right to offer non-card table games like roulette and craps. In exchange, the state will get a seven-year, $3.1 billion revenue guarantee.

Bradley and Diaz told state reporters that having separate bill “will address pari-mutuel-industry issues that are permitted, but not specifically authorized” by the compact. The senators explained that “the measures would do away with dormant pari-mutuel permits and eliminate some active permits” to make them more pleasant to the gambling nonfans in the legislature.

The compact, in a bid to keep some of the other major stakeholders happy, is giving the state’s pari-mutuel betting operators in Broward and Miami-Dade counties the option of adding blackjack to their slots operations in the future. However, horse- and dog-track operators as well as jai-alai frontons outside the two counties will still be barred from adding slots to their racing operations.

The two lawmakers said they expect other committee members to make some adjustments to the legislation when they meet this week. Diaz said it’s still a “jump-ball” state, and the fate of the bills could hinge on what gets added to them.