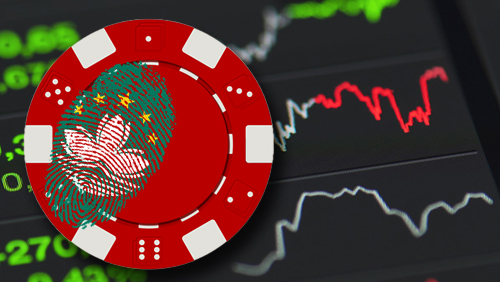 Macau casino gaming revenue fell 21% in January, a sign that the worst may be over?

Gross gaming revenues in Macau were down 21.4% in January from a year earlier to 18.67 billion patacas ($2.33b). The figure marks the 20th consecutive month of decline for Macau but the good news is it is lower than the average estimate of a 22% drop from six analysts surveyed by Bloomberg and the range of decline has come out from between 30% and 50% for most of last year.

Also, Chinese New Year (CNY) will kick off February 7 to 13, earlier than last year. Historically, Macau gaming revenues decline in the weeks leading up to the New Year holiday and most of the pre-CNY seasonal slowdown will have already been felt in January.

Even casino operator Sands China Ltd. is bullish with the future of Macau gaming despite reporting a 29.3% year-on-year decrease in net profit in the fourth quarter of 2015.

“I have not a shadow of doubt that the Parisian…will replicate the success of the Venetian as another themed, iconic and must-see integrated resort destination for Macau’s visitors,” said Sands chairman Sheldon Adelson, adding that he sees signs of stabilization in Macau’s gaming revenue trends, and that the company remains confident in the outlook for both the company and Macau.

Macau to launch a junket-focused association

The Macau Gaming Information Association (MGIA), a new gaming association launched on Feb 1, will offer an app to provide the latest and most relevant daily news about the gambling industry, especially focusing on the junkets’ operations.

The app is free but would require a form to be submitted for approval.

“We want to protect investors and provide advice, helping to enhance the market’s image,” said Antonio Hoo, one of the founders of the MGIA.

The number of licensed junket operators in Macau shrank 23% over the past 12 months as 35 gaming promoters failed to renew their licenses. According to Union Gaming analyst Grant Govertsen, the VIP sector will continue to struggle and the number of junkets will continue to diminish.