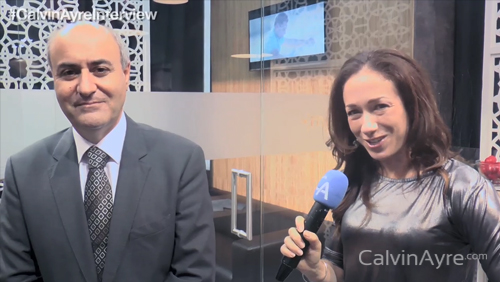 In this interview with CalvinAyre.com’s Rebecca Liggero, Malta’s Secretary for Competitiveness and Economic Growth Hon. Jose Herrera talks about expansion and how Malta is starting to attract new companies that are targeting different areas.

Malta is expanding beyond the shores of Europe.

The archipelago boasts of having the oldest gaming regulator in Europe, and the government believes it’s time to attract new companies that are targeting different areas.

“We have the regulatory framework since about 11 years ago,” Hon. Jose Herrera, secretary for Competitiveness and Economic Growth, told CalvinAyre.com. “As of late, we’re expanding beyond the shores of Europe. South America seems very promising. We’re trying to tap in also maybe the Asian markets, [and] South Africa seems also promising. We’re going to try and go beyond the shores.”

In fact, the government is busy revamping its existing agencies and adding new ones that will cater to the new markets. The gaming regulator had a major overhaul, complete with a new corporate identity and a new name—Malta Gaming Authority—that places “Malta at the forefront.”

Herrera said for companies that are after South America and Asian markets, having a license in Malta is preferable for a number of reasons.

“The fact that we are in Europe, logistically it makes a lot of sense. And the biggest market is still Europe. Secondly, there is a good economic climate here and strong backup support for the industry. Thirdly, it’s pleasant to live here and it makes sense also to operate from a smaller country,” the secretary explained.

He also pointed out that the archipelago has a “very business friendly environment,” which should appeal to many new companies and startups.

“We have Digital Malta, which we’re trying to promote… and obviously, an important sidekick of that industry is definitely gaming, so we have a lot of initiatives for startups. There is what we call Malta Enterprise, which is there to back up the industry and… people who want to create a new business, especially in the digital field,” Herrera said.