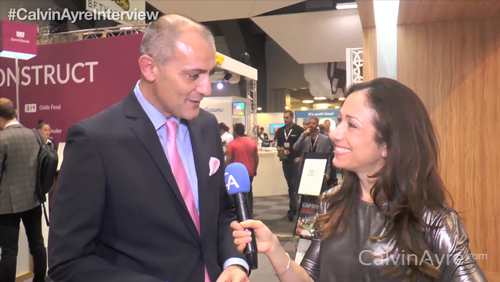 It’s been a year of change for the Malta Gaming Authority.

MGA Chairman Joseph Cuschieri said 2015 has been a busy year for the gaming regulator, starting with a new corporate identity and a new name that places “Malta at the forefront.”

“Throughout this year we’ve undergone massive changes internally, so that the regulator becomes more efficient, more robust. We have invested a lot more in technology and facilities and business intelligence, information, people and I would say that at the end of this year, I think people can start feeling the difference,” Cuschieri told CalvinAyre.com.

In addition, MGA has also started the ball rolling on a new legislation.

“Hopefully… we’ll be presenting a new bill in parliament, which will see Malta having a new legislation which is more modern and more adjourned to the changes in consumer needs and the technology and in the systems that the operators use. And I think the businesses will be quite happy with the changes that we are proposing,” Cuschieri said.

One of MGA’s priorities is player protection, and according to Cuschieri, most of the operators in Malta already “go beyond the requirements” that the regulating body place.

“In fact, we are learning a lot from most of the operators and the way they manage consumer protection and player protection,” he noted. “Within the authority as well, we invested a lot in our player protection units so customers and players who are playing on sites regulated by the MGA can come to us if they have any complaints and we’ll see to it in the shortest time possible. We believe that customer protection is key to build trust, trust in the jurisdiction, trust in the operator, and enlightened businesses can grow in a very safe environment, and that’s what we are going to do.”