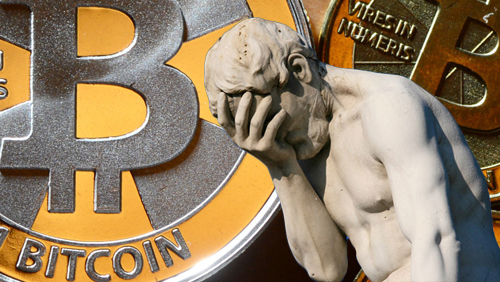 One of Bitcoin’s long-time supporters and developers is walking away from the digital currency. His reason: the Bitcoin experiment has failed.

Mike Hearn is a devoted Bitcoin enthusiast who quit his job at Google to work on the cryptocurrency’s technology full-time. But last week, Hearn wrote a lengthy blog post on Medium, explaining why he has decided to turn his back on it.

“The fundamentals are broken, and whatever happens to the price in the short term, the long-term trend should probably be downwards,” he said. “I will no longer be taking part in Bitcoin development and have sold all my coins.”

In his post, Hearn offered a detailed explanation of why he has lost faith in Bitcoin and its community, which actually boils down to one thing—internal politics. The developer admitted the decentralized blockchain technology has some shortcomings that have caused problems for users, which is further aggravated by infighting within the community.

Most of the disagreements centered on whether the block chain size limit—a key piece of Bitcoin’s technology—should be adjusted to support more transactions. Bitcoin’s code limits the size of block transactions to one megabyte, and to change the limit, one must first get the consent of the “miners” who have accumulated enough computing power to handle all the transactions. However, many of the miners fear that adjusting the limit could affect their economics.

Hearn is part of the camp in favor of raising the limit, and even went as far as getting together with other developers to create a modified version of the software called Bitcoin XT, which will allow miners to “cast a vote” on raising the limit. Unfortunately, Bitcoin XT has faced opposition from the start, which, in turn, further alienated Hearn.

The fight between XT and the original version, called Bitcoin Core, was downright ugly as it made rounds on Reddit and social media, ending in users being thrown off message boards and even anonymous cyberattacks on users and companies. And this, according to Hearn, was what convinced him that Bitcoin was finally collapsing.

“Bitcoin has entered exceptionally dangerous waters. Previous crises, like the bankruptcy of Mt Gox, were all to do with the services and companies that sprung up around the ecosystem. But this one is different: it is a crisis of the core system, the blockchain itself,” he explained. “Bitcoin has no future whilst it’s controlled by fewer than 10 people. And there’s no solution in sight for this problem: nobody has any suggestion.”

Hearn isn’t the first to write a bitcoin obituary, but his has hit a raw nerve in the community, even causing the price of the digital currency—which had been stable for months to drop 20 percent last week to $358.

Last year, a handful of Bitcoin’s core developers left the project to start an alternative digital currency called Decred, which they hope will address the issues of governance and development funding that Bitcoin faces today.

“The intention is not to attack what we currently have in Bitcoin. We want to recognize what has been done well, but instead we want to take that and improve on what we think can be done better,” Decred developer Christina Jepson said. “Alternatives are progress and a way forward to improve the greater ecosystem.”