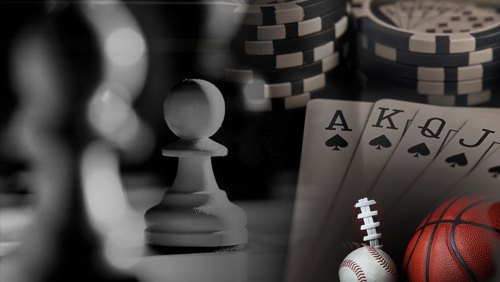 As I sit here in the club lounge at the InterContinental Hotel, located in downtown Montreal, I can’t help but think about poker, fantasy sports and chess. Let me explain. My very first visit to the hotel was in the spring of 2008. This is when I met a man who proved to be very influential in my life, Mr. Cookie Lazarus; a mentor and dear friend, and a notable and influential player in the online gaming business. I was 29 years old, graduating from Osgoode Hall Law School and ready to take on the world. I had a background in online gaming and a small network of associates and friends in the business. I arrived at Cookie’s office in my fresh suit and tie, which I bought the week before. I didn’t know it at the time but the ride I was about to go on would send me around the world and introduce me to amazing people, all alongside the best mentor and friend a young lawyer could ask for.

We were in the mix of it. Online gaming was hot and we lived and breathed it. The clients were fun, young and energetic. We were advising internet entertainment companies that were breaking traditions and rules, and driving change. Poker was the hottest thing on the scene. Every time you turned on the television, you would almost certainly see advertisements, programs or mentions of poker, which were sponsored, created and distributed by the major online poker sites, PokerStars, Ultimate Bet/Absolute Poker and Full Tilt Poker. All three companies where doing business in the US market on the legal theory that poker is a skill-based game and thus permissible in the US. However, in what has become an interesting pattern in US policy, significant energy and resources were expended to halt an activity the US populace would undertake regardless of legal status. The owners of the biggest online poker sites, PokerStars, Full Tilt Poker and Ultimate Bet/Absolute Poker, were indicted and the sites were shut down in the US after the FBI ceased domains on allegations that the sites laundered money and defrauded banks to get around gambling laws (“Black Friday”). The US had made good on its undertakings on online gambling as stated by former attorney general Janet Reno, “you can’t hide online and you can’t hide offshore” (despite the broad statement, which is overreaching, there are various accessible betting websites based in communities like the Kahnawake Mohawk territory in Quebec and the Caribbean, and opportunities exist in the US and abroad under proper structures). In my opinion, similar to the American experience with prohibition, US gambling laws will offer boundless opportunities for criminals to profit off of the legal status of poker while the losers will be the general public looking for an arguably legitimate outlet. This situation, in my opinion, favours a world where the activity is legalized, regulated and taxed like any other legitimate indulgence.

Returning to my story, I went from being fresh and green and in the midst of the exponentially growing poker world, to a post-Unlawful Internet Gambling Enforcement Act of 2006 (“UIGEA”) world. Now, seven years later, the hotel has been refurbished, the lounge is on the lobby floor, I am no longer fresh and green, and I am a partner in a legal and investment banking advisory firm, Jaswal Hall. I have learned to analyze fact patterns, anticipate issues and apply my experience. One pattern that does not cease is the constant search for legal ambiguities. In my world, one such instance is the emergence of fantasy sports, which has significant but legal businesses controlled by DraftKings and FanDuel. Fantasy sports, predominantly due to it being classified as a game of skill, was exempted from UIGEA. Fantasy Sports has been backed by almost all major sporting leagues, NFL team owners are among the equity owners in operators and the industry, like ghosts of poker past, has become a mainstream social outlet (one only has to look at the success of the television show The League, a comedy about a group of friends in a fantasy football league).

Despite its popularity and acceptance as a mainstream social activity, the fantasy sports saga is beginning to follow the online poker trajectory as the sites are beginning to attract negative scrutiny due to the ambiguous legal status of the industry. With respect to fantasy sports, I expect a significant legal battle based on the skill-based exemption from UIGEA. There is strong evidence that major players, that use sophisticated automated systems, are favoured. Recent research by Sports Business Journal suggests that, on average, the top 11 players invested $2 million and profited $135,000 each. If I wasn’t paying attention, I may have assumed we were speaking of capital market participants that I know that use similar strategies to pick winning stocks. Accordingly, I don’t mean to be overreaching but, if securities laws were similar to gambling laws, your next purchase of Apple stock would potentially put you on the wrong side of the law. Despite the legal battle, it appears just a matter of time before we see the Black Friday of the fantasy sports world.

I mentioned earlier that this visit has me thinking about poker, fantasy sports and chess. I discussed poker and fantasy sports and will now discuss chess; specifically, chess moves made by PokerStars against a regulatory opponent. The history of PokerStars is fascinating. It was the primary player in the poker world and the best example of excellence in the online gaming community. It kept its cards close to its chest and it was masterful. Post UIGEA, it absorbed a competitor, one of the victims of Black Friday, and was eventually sold to Amaya for ~$5 billion; not too shabby for a company embroiled in federal money laundering and fraud charges. These master chess moves were facilitated by Ultimate Bet/Absolute Poker and Full Tilt not having enough in the coffers to pay back US players and being too concentrated in the US. PokerStars did not get comfortable, as it seemed prepared for the US market disappearing without notice; it planned, executed and developed its business on that logic. PokerStars utilized US player liquidity to grow different markets, influence other governments and become a reputable and regulated brand worldwide. Consequently, when the US market was shut down, leading to a “run on the bank”, PokerStars had enough funds on hand to pay back its players and players of Full Tilt. Further, it had enough global market penetration to survive, and thrive, in a post-Black Friday environment without US liquidity.

I now ask myself, who is going to be the master chess player in the fantasy sports world? Who will use liquidity to grow other markets in the event the US market falls out? Operators seem to be following the PokerStars playbook as some have recently targeted global growth through the UK.

Being Canadian, I would be remiss if I failed to mention the opportunities in our market. In Canada, fantasy sports is not specifically exempted from gaming laws and criminal law has not yet been tested with respect to persons offering fantasy sports to players located in Canada. Further, operators that have accepted players in Canada do not appear to have issues with Canadian authorities, a fact that gives the industry legitimate runway in Canada. Ultimately, if the law is asked to consider fantasy sports, whether it is caught by the Canadian Criminal Code will come down to whether fantasy sports is a game of chance or a game of mixed chance and skill (in addition, consideration, prize and chance were held to be necessary features of gaming under common law); implying that a game of skill alone is not prohibited by the provisions of the Canadian Criminal Code.

As discussed above, there is evidence that success of fantasy sports players is based on knowledge and information, which buttresses the idea of fantasy sports as a game of skill. However, as mentioned, until Canadian law enforcement agencies initiate a prosecution that brings the issue to the forefront, fantasy sports seems to be enjoying a legitimate ride in Canada.

In any event, if fantasy sports operators find themselves in a Black Friday situation and have made the right chess moves, the silver lining may be takeover offers from companies like Amaya, another master chess player from Montreal.