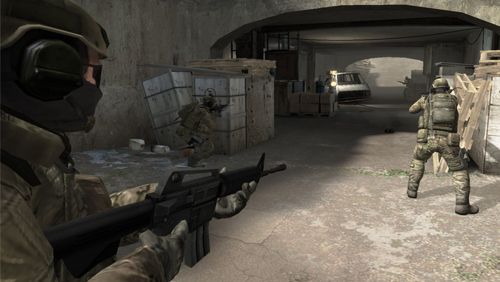 This is a guest contribution by Luke Cotton, Esports Specialist at Digital Fuel Marketing and founder of CSGO Betting. If you would like to submit a contribution please contact Bill Beatty for submission details. Thank you.

It’d be fair to say that the regulated betting industry sees Esports betting as 2015’s hot topic. Perhaps in one year’s time it will have exploded or perhaps it will be consigned as a flash in the pan topic for gambling companies just as social gaming has been. In reality, Esports betting hasn’t just emerged over the past few months but has seen huge betting volumes wagered through unregulated markets since the opening of DotaLounge and more significantly, CSGOLounge, in August 2013, 12 months after the game’s release. It is not a coincidence that viewership of professional CounterStrike matches has grown from around 30,000 viewers to 500,000 viewers since the introductions of skins to the game and the various skin betting websites opened. No such websites undertake any age verification or form of KYC.

Up to $4.5m per day is staked on such websites. Recently, there was a single casino style jackpot of over $100k played out in one spin. Except the amounts wagered aren’t actual money. Or are they?

“Skin betting” as it is known, is where users wager in-game items in tote pools, either on the outcome of Esports matches or in casino style jackpots. These in-game items are purely cosmetic and are seen as a status symbol in the same way that Prada is more impressive than Primark. On the face of it, how can these virtual items have any value? The ownership of such items is always retained by the publisher, Valve, and there is no way to sell them back to Valve.

Except these items are easily converted into cash.

This happens in one of two ways:

• They are sold via the Valve-owned, and in-game embedded Steam Marketplace, to other users who have added cash to their Steam Marketplace accounts. The funds of the sale amount are added to the user’s Steam wallet, from which they can buy new games via Steam, the main distribution platform for PC games. Valve takes a fee for brokering the transaction.
• They are sold via third-party marketplaces, such as OPSkins, for cash.

In both situations, the market defines the value of the items. This generally reflects how difficult it is to get an item. Valve’s own terms and conditions also reflect this expectation. Skins are generated when a user purchases both a case and a key from Valve, the game’s publisher. They run a quasi-slot machine mechanic, where their case and key, worth around £2, becomes a random item. Generally speaking, the rarer the item, the higher the value.

Given that these items are so easily converted into real money, is the Esports industry supporting a wide-scale illegal gambling operation? Many of the major events companies advertise such websites by playing their video adverts on their streams. There are teams who are named after such websites, some of whom even play at Valve-sponsored events. The majority of players have personal sponsorships with such websites whereby their in-game weapons are named after betting websites (which has become so prevalent that at the recent CS:GO major event, the company hosting the event, Dreamhack, blanked out the space on their broadcast overlay where the gun names are displayed). Given the recent DFS scrutiny and the ever increasing media coverage of Esports, the industry may want to consider making steps to avoid a scandal waiting to happen.

What is perhaps more disturbing, is if such items are deemed to have a monetary value, is that a regulator may question whether Valve are complicit. Such websites rely on the availability of Valve’s API and “bots” in order to support their transactions and this access could be revoked by Valve at any moment. Given that this form of betting increases sale volumes of their in-game items and viewership of their game, there is currently little incentive for Valve to effectively shut these websites down.

Why is this important for the gambling industry? Firstly, security around the future of a product is a prerequisite for making an allocation of significant resources to it. One can only speculate how an investigation would impact the industry. Secondly, there are opportunities to benefit from understanding the existing landscape particularly how it reflects customers’ attitudes towards wagering. Finally, can the closure of skin betting websites be the instigator of high levels of turnover in real money markets, and if so, how can these customers be acquired by traditional sportsbooks?

It’s time for Esports to embrace regulated betting and gaming, to shut down these questionable operations or to force them to regulate themselves in the same way as traditional gambling operators, or it risks losing its shirt.