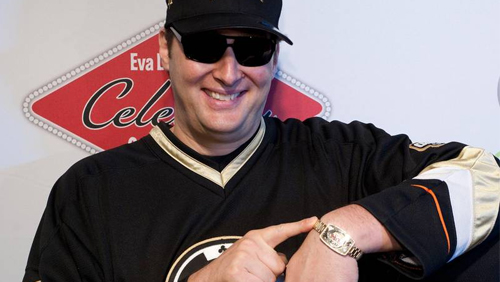 Is Phil Hellmuth the best in the world? How can he be when he talks so much nonsense? What is going on under the hood? Is he running the biggest bluff ever?

Phil Hellmuth is an enigma.

I’m a podcast junkie. Recently, I started listening to Brian Koppelman. I downloaded interviews with Vanessa Selbst and Hellmuth. Both are 12-months old. I listened to the Selbst interview first. It was interesting, absorbing and I learned something new.

The Hellmuth interview was capricious, convoluted and crazy.

As someone with a modicum of poker knowledge, some of his ideas on poker theory made me cringe. I felt for the man. It was undecipherable, confusing and yet benevolent at the same time. He was so confident in his delivery. He knew thousands of people would be listening. He didn’t hold back. Poker players must have thought he had been smoking crack. Non-poker players must have thought he was a genius.

I asked myself, “How can a man, who talks about poker strategy in such a peculiar way, win so many titles? What am I missing? Has he been running the world’s biggest bluff?”

I ask his peers these questions, and they tell me he is lucky. I know this isn’t true. I know his willingness to blind to almost nothing in an attempt to hang in the game has worked for him. I know that he is great at taking chips from those that are not as good as him. I know that he is a very skilful tournament player despite his regressive thoughts on the game.

Then I thought a little deeper.

1. Believe Anything is Possible

It’s clear whenever you speak to Phil Hellmuth, that from a very early age, he started to believe that he was going to be a world champion. He did a lot of personal work around this. When it comes to poker, he thinks he can be the best in the world at any game he focuses on.

There is nobody dead or alive that believes in Hellmuth’s ability more than Hellmuth. When he looks in the mirror, he sees a world champion. This is critical. He has worked so hard convincing his subconscious that he would be the world’s best poker player, it happened. His self-belief borders on narcissism. You think it’s ego running wild. It’s an unflinching belief that he is the best in the world. Sometimes he sounds so dumb when he is asked to compare his abilities with some of the young geniuses of the world. He will always find a way to fight for his right to be the best. Nobody will change his mind. He runs the most successful self-belief workshop in the whole of poker.

It’s not easy to criticise Phil Hellmuth. His skin is like a rhino. Sticks and stones do not break this man’s bones. Jibe away, he won’t believe you.

The same could happen to Hellmuth. His peers heavily criticise him. He chooses not to be interested in any of it. I have spoken to him about this before. He will be aware that people are criticising him in blog posts, but he won’t read them. He won’t read this. It will drag him down. He won’t let that happen. Thinking he is the best is all that matters. Everyone else’s opinion is a danger to that.

Successful people keep score. They use primary metrics, and they make sure they set goals that smash those metrics. Speak to Phil Hellmuth and ask him what metric is used to measure success and failure in poker. He will tell you it’s WSOP bracelets, and he has won 14 of them, more than anyone. That’s not a coincidence.

Every single year his entire focus is geared up to winning WSOP bracelets. Nothing else matters to him. As long as he keeps ahead of Phil Ivey and co it allows him to continue the line that he is the best, and this in turn helps fuel his reserves of self-belief.

6. Surround Yourself With Successful People

Phil Hellmuth loves to name drop. Spend an hour interviewing him and you walk away with a cranium crammed full of Hollywood A-listers, rock stars and sports stars.

Most of the time you can’t help think that somewhere all of this name dropping is a search for self-validation. There is some work there for him. But what is incredible about his associations is the more time he spends with successful people, the more successful he will become. We all know that you become the total of the five people you spend most of your time with, and he spends his time with some very successful people.

I know Hellmuth can be disrespectful at the poker table, but I put that down to his desire to win. Away from the poker table, when the adrenaline stops pumping, I cannot think of another player who prefers to keep his powder dry more than his.

Hellmuth gets it from all angles. Dan Colman called him cancer, Mukul Pahuja called him a cheeseburger salesman. Hellmuth handles all of the flack with dignity and respect. You don’t see him getting embroiled in too many Twitter wars. He knows it’s not smart for business. He knows to get involved in a war of words with his beliefs could weaken the walls.

By not fighting back, Hellmuth is being smart. I know it hurts. He has told me so. But by continuing to deal with his critics with a wall of silence shows a lot of restraint and respect. Behaving this way off the felt, is also slowly following him onto the felt. In recent years, he has been much more chilled when facing a beat or two.

As a species, professional poker players are a very confident group. There is an unflinching belief that money will always come their way, and they have very high opinions of their skill levels.

This self-talk works, and Hellmuth uses it better than most. He believes he is the best poker player; best husband; best father and the best human being. He doesn’t just think it; he acts like it. He acts like it so much when we listen to him we think he is nuts.

He uses the placebo effect so well; he has convinced himself that he can walk on water. It combines to deliver a very confusing personae, but dig a little deeper, and you have a man who created levels of self-belief that are so high they have propelled him towards 14 WSOP bracelets.

Is he the best in the world?

There is only one opinion, and it belongs to Phil Hellmuth, and you all know what he thinks.