Home / Business / The Real Reason for a Tabcorp Tatts Merger 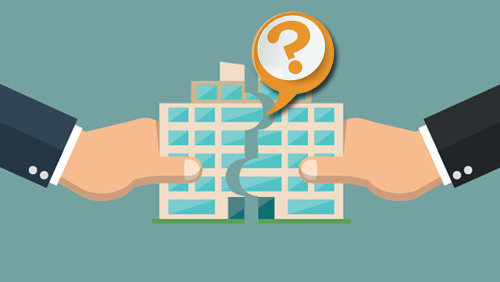 Speaking in broad strokes, there are two main reasons why companies merge. It’s either for improving efficiency, or it’s to increase lobbying leverage. Judging by the attitudes and statements of top executives at Tabcorp, it seems that a Tabcorp/Tatts merger would primarily be for lobbying, and only secondarily for purposes of market efficiency.

When faced with competition, a company can do one of two things. It can actually compete, or it can call on the government to kick its competitors out of the market by force. Gambling is generally prone to the second, unfortunately for consumers, because the industry comes with an innate and heavy regulatory burden for historical reasons that have to do with religion.

Here’s a good example: Markets just witnessed an enormous merger in a different industry also heavily regulated for historical-religious reasons. That is, the alcohol industry. The merger between SABMiller and Anheuser-Busch Inbev (BUD) almost certainly had to do with increasing lobbying power. That $107B deal earlier this month had no compelling reason to occur other than to gear up for the fight against Federal marijuana legalization.

The biggest players in the anti marijuana legalization movement by financial contributions are Big Pharma, Big Beer, private prisons and police unions. It is patently obvious in each case as to why. Big Beer has done its marketing research and concluded that people getting stoned is going to put the munchies into its revenues from people getting drunk. So the two beer giants made a deal and will now descend on the politicians in a united front to block alcohol’s most threatening competitor from being legalized.

In gaming we’ve been seeing it constantly with Sheldon Adelson and online gambling (he’s looking out for the children) and we’re seeing it with Tabcorp, whose Chairman just won’t stop complaining about how hard it is to compete these days with regulations so lax and companies outside Australia so easily catering to “their markets”.

Australia’s federal government is currently conducting a review of its 2001 Interactive Gambling Act with an eye toward finding ways to boost Aussie-licensed operator profits by cutting off access to their international competitors.Dwyer also called for harmonization of advertising laws among Australia’s states and territories. Dwyer suggested that there were already too many gambling ads on Aussie television, noting that wagering ad spending had risen 34% last year to $89m.

So far, Dwyer’s agitating has helped get the politicos moving on tightening the gambling market in Australia. A “review” is now being conducted.

It’s not just Dwyer’s remarks at a shareholder meeting that betray Tabcorp’s government-focused strategy here. The company’s filings are full of complaints about how it’s so easy for foreign companies to compete in Australia:

The internet and other new forms of distribution have allowed new competitors to enter the Tabcorp Group’s traditional markets of Victoria and NSW without those competitors being licensed in those states. Further, recent court decisions, the significant relaxation of advertising laws (or the way in which they have been administered) and the increasing application of competition policy have allowed other wagering operators to gain greater freedom to compete nationally…If the Tabcorp Group does not adequately respond to the competition which it faces, there may be a change in consumer spending patterns which may have an adverse effect on the operational and financial performance of the Tabcorp Group.

There is even a slightly pandering tone from Tabcorp about how much money it makes for the Australian government in tax revenue (wink wink). From the 2015 annual report:

Tabcorp’s businesses generated more than $1.2 billion in gambling taxes and racing industry funding in the 2015 financial year, highlighting the value that Tabcorp’s operations provide to stakeholders.

Surprisingly though, the review the Aussie politicians are conducting may not be all bad. Today’s report on possible legalized in-play betting on horse races and other sports in Australia is good news for Australian gamers, but bad news for Tabcorp. So in some ways this review, which Dwyer has been egging on, may actually backfire to a degree.

It seems to me that Tabcorp just wants its competition shut down as much as possible. The main reason it would merge with Tatts is for the increased leverage over the Australian government, so if Tabcorp gets what it wants and has its international online competitors shut out of the country, there is less reason for them to merge with Tatts. But if Tabcorp fails to get regulations tightened soon, a merger with Tatts becomes a much stronger possibility.

The only real synergy the two companies would have together besides increased lobbying power is a larger wagering business. Tabcorp saw $1.86B in wagering revenues last year. Tatts took in $653M. Together the two could trim some staff and combine the two clienteles. This would lead to more efficiency, but it doesn’t seem like an overwhelming reason to merge. Stopping the threat from international competition seems the priority.

So if you want to place bets on a merger, watch what the Australian government does in its gambling review. The tighter regulations become, the less likely a merger will occur. But if nothing happens soon, merger talks will probably be struck up once again after failing last week.