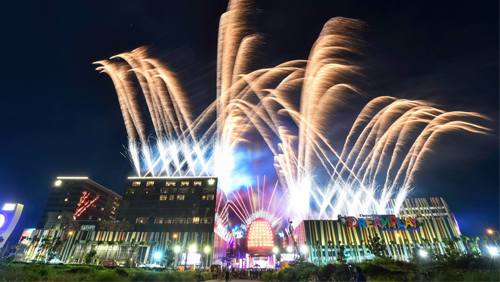 Melco Crown Philippines has found a new man for the City of Dreams Manila.

The casino operator announced that it has appointed Geoffry P. Andres as chief operating officer last week, effective on Nov. 16.

Melco Crown made the announcement in a filing to the Philippine Stock Exchange, but the company gave no further information on the new appointee.

Andres will replace Kevin Sim, who resigned from his COO position last week for “personal reasons.”

According to his LinkedIn profile, Andres previously worked as chief executive officer of Casino Canberra and as senior vice president and general manager for Sands Macau.

During his time at Sands Macau, the casino dished out what is believed to be the Chinese gambling industry enclave’s largest jackpot. In 2012, a slots player from Heilongjiang province won HK$21 million (US$2.7 million) after hitting the “Fa Fa Fa Grand Jackpot” while using the 5 Dragons slot machine.

The integrated resort officially opened on Feb. 2, but it has yet to ramp up its gaming business, forcing the casino to temporarily suspend about 100 workers as part of cost rationalization.

However, the casino is forecasting a stronger end to 2015, thanks to gaming revenues from the VIP segment.

City of Dreams Manila reported a third quarter revenue of $91.7 million, up from Q2’s $75 million. The casino’s earnings also doubled to $24.4 million, while VIP turnover more than doubled to $1.2 billion.