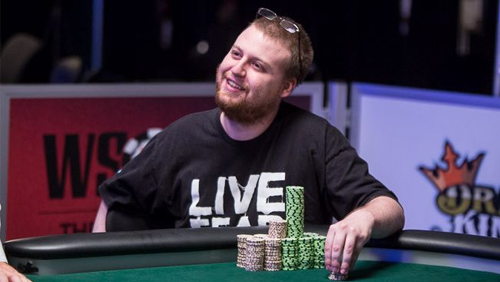 2015 World Series of Poker November Nine chip leader, Joseph McKeehen, will move into the most important Sit & Go of his life after winning the 2015 Wynn Classic Main Event.

Where are the November Nine?

I posed that question last week after it occurred to me that the World Series of Poker (WSOP) Main Event final table occupants were not making the most of the tremendous heat that allowed them to scorch a trail to the very pinnacle of the poker world.

At the time, I penned that piece Josh Beckley’s World Series of Poker Circuit (WSOPC) victory was the only top of the podium finish to speak of, and Neil Blumenfield was the only other player to make any significant progress in live tournaments since making the Nov Nine cut.

That changed this week after the WSOP Nov Nine chip leader and favourite to win the bracelet, Joseph McKeehen, took down the 2015 Wynn Classic Main Event.

McKeehen defeated 267 entrants in the $1,600 buy-in event. The Wynn slapped a $300,000 guarantee on the side of the tin, and $388,485 in prize money justified that decision. It was a great tournament for McKeehen to sharpen his claws. Numerous talented players cashed and the final table was a rigorous one.

Two players who had impressive performances at the 2015 WSOP also made the final table. Hani Awad was runner-up in the $2,500 Omaha/Seven Card Stud Hi-Low 8-or-Better earlier this year, and he finished sixth, and everyone’s favourite Dennis Phillips followed up with his third-place finish in a $1,500 Shootout Event in the summer with a fourth place finish.

Life is going to look very different for Berger in the next few months as he prepares to become a father. He managed to keep thoughts of dirty nappies and sleepless nights out of his psyche to take the $60,992 runner-up prize after coming up short against the man who is most people’s tip to be the most talked about poker player on the planet in less than a fortnight’s time.