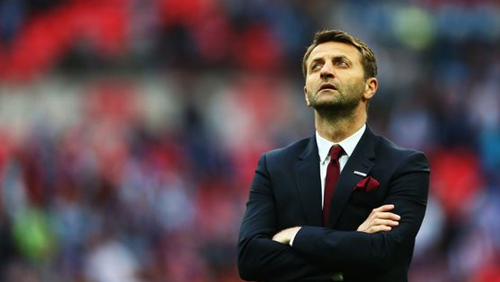 Lee Davy brings you a round up of all the Premier League games from Week 10 including managerial tribulations at Chelsea and Aston Villa, derby games galore, and much ore.

It was derby week.

United faced City; Newcastle went to Sunderland, and West Ham entertained Chelsea for the last time at the Boleyn Ground. It says something about the malaise that currently outflanks Jose Mourinho that this seemingly innocuous London derby created more headlines than the other two combined.

Chelsea had won the past five encounters without even conceding a goal. But this year, things are different. The boys in blue are not feeling the pulse of history, and things descended into chaos by half time.

Mauro Zarate put the Hammers ahead in the 17th minute, and after Cesc Fabregas had a goal ruled out for offside Chelsea lost Nemanja Matic for two bookable offences. Mourinho kept his cool, but his Assistant Silvino Louro rushed from the bench to remonstrate with the referee, Jonathan Moss, who duly showed him who was the boss by sending him to the stands.

The Hammers went into the half time break in fine fettle, and it would get even better after it became apparent that Moss had also sent Jose Mourinho to the stands for confronting him in the tunnel as the teams left the pitch. Gary Cahill pulled one back for Chelsea in the 56th minute, but Andy Carroll came off the bench to head West Ham into third position in the Premier League. It’s their best-ever start to a Premier League campaign, and they have already beaten Arsenal, Liverpool, Man City and now Chelsea.

Controversy reigned in another of those derby matches as  Sunderland hammered 10-men Newcastle for the sixth successive time in the Tyne-Wear derby. This time, the focus of attention will be on referee Robert Madley after he gave a penalty, followed by a red card after Newcastle’s Fabricio Coloccini shoulder barged Steven Fletcher in the box. It was a poor decision, and Newcastle would capitulate from that moment forth with Billy Jones and Steven Fletcher taking Sunderland off the foot of the table with a 3-0 win.

It’s not often that you see the Manchester derby cast at the bottom of the pile on the Match of the Day listings, but that’s exactly what happened after their goalless draw at Old Trafford. That said, it was a game that the purists would have enjoyed. Gary Neville even declared the first 45-minutes, ‘as the best football he had seen in the Premier League this year’. United kept the City wingmen quiet, and Antony Martial continued to look sharp coming in from the left. It was United’s for the taking, but they seemed a little dull with Wayne Rooney hustling and bustling under the watchful eye of the man of the match Nicolas Otamendi.

Sticking with the top of the table for the time being and Arsenal continued their impressive run of form with a 2-1 victory over Everton. It was good to see victory over Bayern Munich in midweek hadn’t taken all of the grease from the wheels. Olivier Giroud replacing Theo Walcott up front, and he repaid Arsene Wenger’s faith in him with one of the two goals. Laurent Koscielny bagged the other after Ross Barkley scored a deflected goal just before the halftime break.

Arsenal’s bitter rivals Tottenham continued to impress with their fourth win of the season. They hammered new boys Bournemouth, despite going a goal down to a Matt Ritchie drive in the 46th second – making it the fastest goal of the season so far. Fortunately, for Tottenham Artur Boruc reminded us of the clown that a lot of goalkeepers seem to have in their makeup with a series of clangers enabling Harry Kane to score a hat-trick either side of goals from Erik Lamela and Mousa Dembele.

Harry Kane wasn’t the only England striker on point this weekend. Leicester’s Jamie Vardy scored the only goal of the game in a one-nil home win against Crystal Palace. It was Vardy’s seventh successive Premier League goal. He joins the likes of Ruud Van Nistelrooy, Daniel Sturridge, Ian Wright, Alan Shearer, Thierry Henry, Emmanuel Adebayor and Mark Stein in that seven-goal club. He is not a record-breaker yet, though. He will have to score another four consecutive goals to beat Van Nistelrooy’s record of 10.