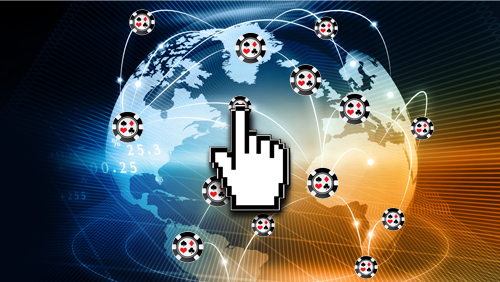 This is a guest contribution by Julie Anderson is a writer for VegasMaster magazine. If you would like to submit a contribution please contact Bill Beatty for submission details. Thank you.

Gambling is not legal across the globe. While this may not come as much of a surprise, as there is no one sole piece of legislation that covers gambling laws for the whole world, what may surprise some is how wildly laws can vary from one region to the next.

Furthermore, to make matters even more complicated, while most countries have their own local laws that are responsible for controlling relevant legal and regulatory issues, it is not uncommon for them to make only certain forms of gambling legal under certain circumstances or to make regular changes to their gambling legislations. This can be nothing short of confusing for visitors and residents of these countries.

One region of the world where gambling laws tend to be the strictest and can be incredibly different from one country to the next is Asia. For instance, all forms of land-based gambling may be legal in some regions, while they are entirely illegal in others, or, on the other hand, some countries may only permit specific types of betting. In essence, all countries in Asia are individually responsible for passing their own gambling laws.

Three examples of Asian regions with heavy restrictions on both land-based and online gambling are Hong Kong, Japan and Israel.

Hong Kong – Although not a country, Hong Kong is an example of an Asian region where there are strict gambling regulations. Poker and casino gambling is illegal at land-based establishments. However, betting on soccer (football) matches is legal. As for online gambling, with the exception of making legal bets on soccer (which can only be done via one government regulated website), casino and poker betting on the internet is prohibited.

Currently, there has been no move to legalize casino or poker gambling establishments in Hong Kong. That said, Hong Kong does have floating casinos, where gambling takes place on boats that travel into international waters.

Japan – Land-based and online casinos and poker rooms are illegal in Japan. However, some forms of land-based gambling and sports betting are legal, such as lottery, scratch cards, some horse racing, bicycle racing, auto races, powerboat racing, and soccer toto wagers on J-League. As for online betting, the only legal forms are bets on lottery, soccer toto, and public sports.

Israel– Like many other countries and regions in Asia, Israel allows certain types of gambling, and the gambling that is legal is highly regulated by the country’s government.  For instance, standard casino style betting is not permitted, but it is well known that casinos operate on several cruise ships in some of the country’s major port cities.  Israel does have a legal national lottery and some sports betting is permitted, as well. These legalized forms of gambling are regulated by two government organizations.

In addition, Israel’s Prime Minister Binyamin Netanyahu wants to put a casino in the city of Eilat, which would be the country’s first casino. Eilat is one of the cities in Israel that is home to the gambling cruises that travel into international waters.

With so many restrictions, what does this mean for the future of the global online gambling market?

According to the “Global Online Gambling and Betting Market 2015” report, the latest publication from yStats.com, a business intelligence company, online gambling is steadily increasing on a global scale, with many governments in favor of regulating online betting.

As for the Asia-Pacific region, the report shows that legalization of online gambling is slow going. In fact, some governments, like Singapore’s, has actually gone to extensive lengths to limit internet betting, and all types of remote gambling were prohibited under new 2015 regulations. In countries like South Korea and China, there has been a crackdown on illegal internet betting sites, with many of these illegal operators being arrested.

As for the progress other countries are making in regard to online gambling, the USA now has three states where the practice is legal. In both Mexico and Brazil, new bills to regulate online gambling were put forward in the legislature, but have not yet been approved. South Africa, however, announced earlier this year that has no plans to make online gambling legal.

When all is said and done, in spite of internet gambling restrictions in many countries, the online gambling global market is predicted to maintain one-digit growth rates over the next four years, and is expected to achieve a medium-high, double digit number in billion Euros revenue, according to the report.

Julie Anderson is a writer for VegasMaster magazine; she deals mainly with online gambling’s industry, culture and social implications. Checkout her recent review on Macau’s Recent Hits and Losses.