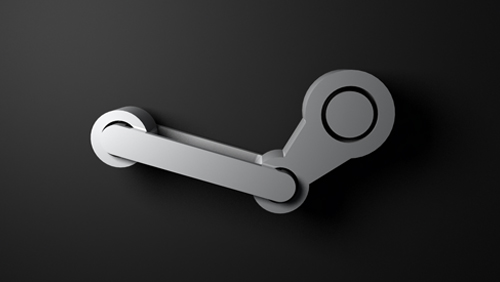 Full Tilt is keen to expand into the deeper world of gamers by attempting to get their play money client on the Steam platform.

When my son suggested we play a ‘brilliant new game called Goat Simulator’ I thought he was taking the Michael. He’s a Call of Duty obsessive who learned how to kick a football playing countless hours of FIFA.

A PC game where you control a goat?

It sounded like a bag of spanners to me.

Goat simulator was a game my son found on a digital distribution platform called Steam. A creation of Valve Corporation it offers massive multi-playing games for the PC, social media networking opportunities and a let’s not forget that goat.

“We have submitted the Full Tilt software to the Steam Greenlight process because we want to introduce the game we love to a whole new market of players who already enjoy competition, strategy and online games.” Said a Full Tilt spokesperson. “We believe that poker is a fun, safe and competitive game that anyone can play, and that Steam is a great place to introduce poker to new audiences.”

There are over 6,400 games available on Steam, and 125 million active users. All of these games are available for download on the PC. So does this mean that Full Tilt now has access to another quarter of a million eyeballs?

Full Tilt’s play money client is only available on Steam Greenlight. A pre-Steam platform created back in 2002 as a way of allowing the community to have the final say on what games deserve to be on the site. This change allowed developers to test frameworks before adding the expensive meat. That’s where Full Tilt currently waits pending thumbs up.

Opening up the slick and sleek Full Tilt client to 125 million new gamers is great for poker. The game needs fresh blood. Full Tilt will be hoping Steam account owners will decide to play a poker game on their site, instead of logging off and finding a new client. If you have a Steam account make sure Full Tilt gets your vote.

Valve Corporation are a big player in the eSports industry. They created some of the sports most popular games: including Counter Strike and Dota 2. They were also the creators of Half-Life, a game many believe is one of the genre’s finest.

Valve’s baby is also leaving the world of the Internet and taking a little trip to the hardware store. On Nov 10, brick and mortar shops such as Game (UK) and GameStop (USA), will stock a new range of Steam products. These including the new Steam Machine console (equipped with the latest Steam 2.0 OS), Steam Machine controllers and links.

Will we see Full Tilt played on the new Steam Machines?