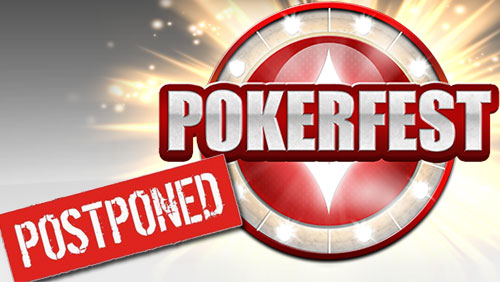 Online poker room partypoker has been forced to postpone their flagship poker festival Pokerfest after recent software updates have left the online poker network a little bit shaky and unreliable.

The poker bugs have been at it again, this time partypoker and Dusk till Dawn (DTD) are suffering.

It’s Sunday today. As you know it’s quite a significant day in the poker calendar, with the biggest tournament guarantees being held on the same day that people get down on their knees and pray.

That’s one thing partypoker did not want to do when it became apparent that recent software update changes may spring a leak during their annual poker extravaganza: Pokerfest.

Partypoker had planned something different this year. They were ready to take full advantage of their newly formed relationship with DTD by hosting a 80-event, live and online festival, offering $2.5m in guarantees. The first 12 events were due to commence Sep 27, but partypoker pulled the plug on Friday after it became cleared that there could be issues offering a full clean and uninterrupted experience.

All players who pre-registered had their money returned.

Director of Games for partypoker, Golan Shaked, apologized to punters, and even promised to add a $50k freeroll to the schedule when the bugs have been exterminated and they feel confident enough to hold a festival free of disruption.

“I apologize to our loyal players for having to delay this highly anticipated event,” said Shaked. “With a total prize pool of $2,500,000 up for grabs, we are not willing to take even the slightest risk with our players’ experience during the 80 events that make up Pokerfest. To make-up for the inconvenience, we have added a $50,000 freeroll to the updated schedule in appreciation of our customers’ loyalty.”

It’s a shaky time for online poker with Distributed Denial of Service (DDoS) attacks playing havoc at numerous online networks. The Wining Poker Network’s flagship enterprise, Americas Cardroom, has been plagued by such attacks during their $1m GTD events over recent months. But it’s not just online poker rooms that have been affected by these attacks.

“DDoS has recently impacted online businesses everywhere including Sony, Microsoft and even governments,” Phil Nagy, CEO of Winning Poker Network told FlopTurnRiver.com. “DDoS does not seem to be going away anytime soon. In the current landscape it’s all about how well you mitigate and manage the attack.”

Pokerfest 2014 was also disrupted due to connectivity issues with two events cancelled as a result: Events #38 & #39, carrying guarantees of $75,000 and $150,000, respectively, both had to be cancelled due to gremlins.

DDoS attacks, and connectivity issues can’t affect live poker, however, and partypoker and DTD are in no danger of postponing their upcoming Grand Prix Poker Tour.

The affordable £70 buy-in events will be held at some of the UK’s greatest football stadiums with Stamford Bridge, Old Trafford, St James Park, Elland Road, Hampden Park, Amex Stadium and Cardiff City Stadium hosting events up and down the country. There will also be two online events in the schedule.

The action kicks off at DTD, Nottingham Oct 17-18.