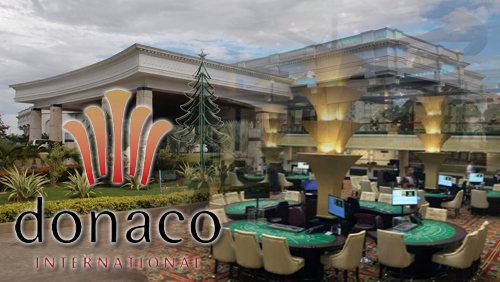 Under the three year deal signed in August, Heng Sheng will bring their VIP players to a new dedicated gaming facility at the Star Vegas Resort & Club, expanding the casino’s customer base beyond its current patronage by Thai customers.

The Sunday launch was attended by more than 400 VIP players, with initial 30 new baccarat tables in operation for the launch.

The new gaming facility has its own separate grand entrance and would not impact the existing business of the Star Vegas, as there is plenty of space available within the existing building, which covers 57,000 sq. meters.

“Today marks the beginning of our exciting new partnership with the Heng Sheng Group. I am pleased to witness the commencement of the next phase of growth for Donaco, and for the Star Vegas in particular,” said Donaco’s Managing Director and CEO Joey Lim. “Further, I am very proud of the efforts made by our team at the Star Vegas, who have essentially fitted out and prepared an entirely new VIP casino within a matter of weeks. This is a testament to the quality and capacity of the Star Vegas property, and the professionalism and dedication are of our team.”

Increasingly, due to a Chinese crackdown in traditional gaming hubs like Macau, Cambodia is becoming a more attractive destination for Chinese gamblers.

“[Cambodia is] not far away from China but less closely supervised than Macau,” said Wolfgang Georg Arlt, the director of the China Outbound Tourism Research Institute.

“Casinos employ thousands of people in Cambodia, in high-quality jobs that are well paid and do not require hard physical labour,” Reichel said. “The employment provided obviously contributes significantly to the Cambodian economy. In addition, casinos pay significant taxes, and attract hundreds of thousands of tourists each year, who all spend money in Cambodia.”