The Chinese government is beefing up its crackdown against illegal Internet activities. This time, the country is tapping its neighbors in Southeast Asia for help in what it called “fight against cross-border cybercrime.” 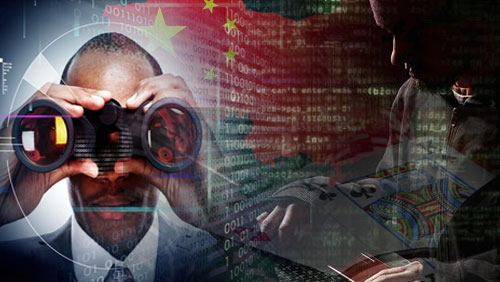 According to the ministry official, more than 90 percent of online fraud and gambling sites that target Chinese residents use overseas servers and virtual private networks (VPN).

Last month, Chinese police brought the axe down on a cross-border online gambling network that involves a Philippine-based site. A total of 125 people were arrested in the Heilongjiang province, and the main suspect in the case—Bo Wang—was deported from Manila after spending six months in immigration detention.

Officials at the Chinese Embassy in the Philippines said Wang was wanted by the Chinese government and Interpol on charges of illegal gambling and money laundering. He is suspected of leading a P91-billion crime syndicate in China via Manila-based Skybet network gambling company.

Zhong said the cooperation between China and countries in the Southeast Asia has yielded positive results. Malaysian authorities enlisted China’s help in combatting illegal online gambling in 2014, and the Royal Malaysia Police even sent its officers to China to pick up some pointers.

According to the Chinese ministry official, last year’s joint operation between China, Vietnam and Myanmar resulted in 119 arrests and 64 million yuan ($10 million) in frozen assets.

In 2013, police in the Guangdong province arrested 21 individuals and seized bank accounts containing $1.85 million in gambling funds. Officials said the gang, whose members hailed from Malaysia, Indonesia and Singapore, used an online site based in the Philippines to process their wagers.