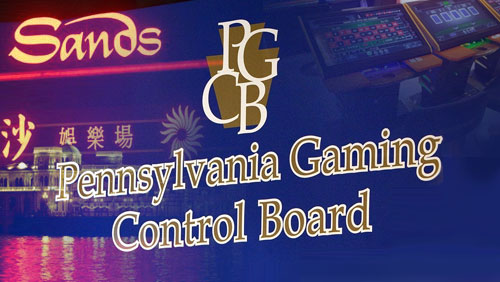 Pennsylvania has given Las Vegas Sands the green light to introduce Macau-style live dealer electronic table gaming to the state.

On Wednesday, the Pennsylvania Gaming Control Board (PGCB) approved Las Vegas Sands proposal to add 150-seat stadium-style electronic table games (ETG) in Sands Bethlehem. The new games, which will be ready in February, will replace the under-performing Infusion juice bar.

Sands Bethlehem will also relocate around 122 slot machines but would not lessen its total number of slots and table games. Although the new games will only require four to eight live humans to deal cards or spin roulette wheels for all of the ETG, it is expected to create about 51 jobs.

The new terminals, which would offer blackjack, baccarat, roulette and sic bo on the same machine, are expected to hook younger punters, with a minimum of $5-per-hand.

“This will allow us to create a unique environment,” said Sands Bethlehem CEO Mark Juliano. “We’re going to be able to attract a whole new population of gamers we didn’t have access to before.”

Before the PGCB unanimously voted in favor of the renewal, a public input hearing was held at the Summit Township Building where Presque Isle Casino & Racetrack presented documents and testimony required for the license approval, while the public was allowed to provide testimony on the casino’s impact in the community.

Not so lucky was Louis DeNaples, a northeastern Pennsylvania billionaire who had submitted a second bid to do business with the Mount Airy Casino Resort in Monroe County. The PGCB rejected DeNaples’ bid by a vote of 4-3.

DeNaples bought Mount Airy Lodge in Paradise Township and turned it into an upscale hotel, restaurants, night club, shopping arcade, spa and golf course. The PGCB awarded De Naples a gaming license in 2006 and Mount Airy Casino Resort opened in 2007. But he was indicted on perjury charges in 2008 for lying about the extent of his relationships with reputed organized crime figures.

The PGCB suspended DeNaples’ gaming license and charges against DeNaples were dropped in 2009 after he agreed to relinquish his gaming license, turn over control of the casino to his family and put his ownership in a trust. He was also banned from the property.