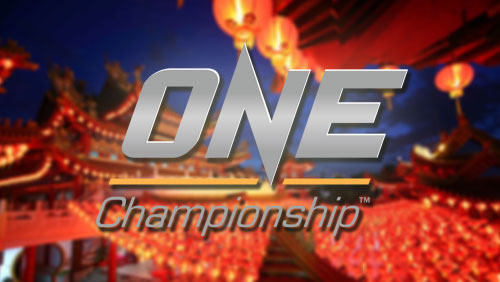 28 August 2015 – SINGAPORE: The largest sports media property in Asian history, ONE Championship™ (ONE), has announced its next three events in China. Beijing, Zhengzhou and Chengdu will be in for an amazing night of fights as ONE Championship continues to bring its unique brand of world-class MMA action to fans all across the mainland.

CEO of ONE Championship™, Victor Cui, stated, “We are thrilled to announce the next round of blockbuster MMA events happening in mainland China, brought to you by the world’s most exciting mixed martial arts organization, ONE Championship. Fans in Beijing, Zhengzhou and Chengdu, prepare yourselves for an unforgettable night of action as we bring you closer to your local MMA heroes and international ONE Championship superstars!”

Fans can expect another night of non-stop action in Beijing as ONE Championship returns this year after holding its inaugural mainland China event in the city last December. The rapidly growing MMA fan base in the cities of Zhengzhou and Chengdu can look forward to witnessing world class MMA in their hometowns for the very first time.

ONE Championship™ is Asia’s largest and most exciting Mixed Martial Arts organization. Headquartered in Singapore, ONE Championship™ hosts the best Asian mixed martial artists and world champions, signed to exclusive contracts, on the largest media broadcast in Asia. ONE Championship™ has partnered with FOX and STAR Sports for an unprecedented 10-year cable television deal with a coverage that spans 70+ countries across the world.