LGBTBet Launches With Loads of News and Style!

In this interview Lee Davy talks to the founder of the LGBTBet online casino Kim Alexander about: 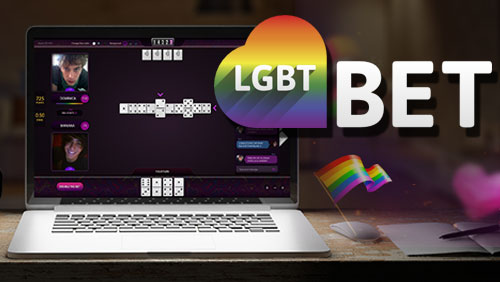 Why they switched from an online product to an online casino?

Where in the world they will set up camp?

Why they feel the need to have a presence in Russia?

And there is much more.

What’s been happening since we last spoke 13-months ago?

“We’ve had some major changes with in-house game development. The website has changed. We are not LGBTPoker anymore. It’s LGBTBet. We have Dominoes, Keno, Automated HD Live Stream Roulette and the LGBT slot machine, which is unique and developed by ourselves – we are very proud of that.

“We won’t have poker anymore. We think the poker industry is dying. There are lots of websites that provide poker, there are lots of players, and when you open a start up it’s really hard to come up with something to impress anyone with so many sharks around you.

“The Philippines is a very LGBT friendly country. The stats found on the Internet say that over 70% of the people who live there are pro LGBT and we think that’s great. Our aim is to start our advertising campaign in Manila first.

“It’s very hard for Philippine players to play in the casinos that are not licensed in the Philippines. The only payment processor they can use is Neteller or Click2Pay, which sadly doesn’t exist anymore and PAGCOR has kind of a let’s say ‘monopoly’ in the Philippines, at least based on our research, we had such feeling. So we are not sure how to advertise there yet and are currently in conversation with radio stations, websites and TV stations.

“I would stress that we are mostly aiming at a great design. We have seen our games on other websites and they all look alike. We have made some design changes that I think will impress people.”

Was poker a tough market to crack?

“We started with poker and it was very hard for us. We were starting all of these features and then we realized it was too hard to crack, and we couldn’t create the family atmosphere that we initially envisaged.

‘In dominoes we have webcams and private chat. That’s the only game where players can play with each other. Backgammon will also be another game that will involve more than one player when it’s added in the nearest future.

“Poker didn’t turn out to be as family orientated and as cozy as we thought it would be. But when we looked at it there were at least six people at the table, and the game didn’t allow for it to happen. People wanted to win and that means someone always ends up losing and angry. We realized we were not going to get the cozy atmosphere we were after so we stopped it.”

Are you offering a real money product?

“Yes we are. We have already launched although we haven’t done a launch campaign yet. We don’t want this to be purely a gambling thing. We want it to be a comfortable, cozy, beautiful, stylish and well-designed gaming website. We are not going to use social media to advertise because you can’t advertise gambling that way, so we are going to find another way in the countries we decide to promote to.”

What other parts of the world embrace the LGBT community and where will you be setting up camp?

“I lived in Georgia once. Two years ago, there was an Anti Homophobia Rally in Tbilisi. There were 15-17 people at this rally, and 50,000 people, against the LGBT came running up to these people throwing chairs and what not. The country’s entire police force was out to help protect those people on that day.

“I think the way for the LGBT society to achieve what America has achieved is that people have to get used to LGBT existing and having its rights. Look at the riots that were recently in France against LGBT. That’s a shame because that was our next target. We think that once we are established in the Philippines we will work our way through Europe.”

Are there any countries that are so against the LGBT community that you couldn’t consider opening there?

“It’s quite the opposite actually. The country with the worst attitude towards the LGBT community is Russia and that’s exactly why we are talking with several Russian payment processors and we are going to enter Russia. We want them to see the LGBT flag and see that we exist. There are people in Russia that are stuck in the 1970s and 1980s, and think that LGBT is going to somehow disappear. The more they see the LGBT flag, and the advancements in other parts of the world, like the USA, the more they will go the same way – so we will enter Russia for sure.”

Before we came on air you told me that some Russians beat gays and lesbians in the street.

“There is a whole YouTube trend of videos that these people take when beating someone suspected of being LGBT. They find a gay person or lesbian, they turn on their recorder and film how they beat them. We will not run from this. We will enter Russia and we will do whatever we can to show them that the LGBT community is not going to just go away.”

“It’s not the whole of Russia of course. There has been a lot of development, but it’s a large country. Even in areas of America there will be people against gay marriage but there is nothing you can do about it.”

Tell me about your LGBT slot machine

“We have a series of different wins such as 2x, 5x, etc. The first win will be lips representing the start of a relationship as a flirt, the second win will be champagne with glasses that will represent your first date, and so on. We also have symbols for sex, for marriage and even when you have a baby.”

What have been your biggest challenges going into the casino industry?

“It wasn’t a big challenge in terms of games. We have been developing casino games for years now. We had the software in place. The only challenge was licensing and payment processing. We changed licensing from Costa Rica to Curacao. We have all the major credit card payment processors on board, and we are working on Neteller, Skrill, Paysafecard and Yandex at the moment. The main challenge has been design. We really wanted our site to be beautiful and I believe we have achieved that.”

Are we going to see sports betting in the future?

“Yes you are. We are not going to develop this in house. We have started negotiations with a few providers and we want to find someone who will allow us to fully customize our design. If we can find agreement on the design issue then we will have a sports book. We want to make the product very easy. We want to reach the market of people who have never gambled before. So we want to make it so easy for them. This is why we started with slots and dominoes. It’s so easy. Poker is difficult to learn. These games are easier.

“Let’s say Man Utd is playing with Barcelona. We will offer bets for win, loss and draw. That’s easy for new people to gambling to understand. It will also have some features that I don’t want disclose right now. That will be our next surprise. We are also adding Backgammon, Bura and Durak – two games that were played in the former Soviet Union and some Slavic countries. Because we are entering the Russian market we are designing those two games as well.”