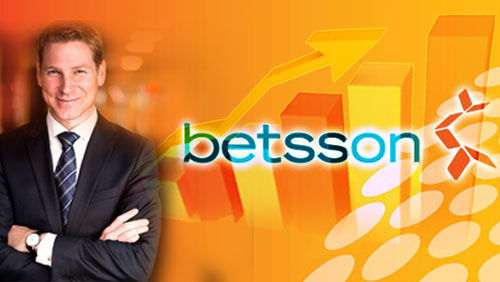 Betsson AB has reported its financial performance for the second quarter, citing revenue growth of 14% year-on-year to SEK860.6 million ($99m), compared with SEK752.3 million ($87m) posted in the same period a year ago.

The company attributed significant expansion within its mobile business as one of the main reasons behind widespread financial growth during the three months ending June 30, with the division posting SEK286 million in Q2 2015, up 121% year-on-year.

Due to its strong Q2 performance, Betsson also posted excellent results for the first half of 2015. Revenue for the period increased 19% to SEK1.7 billion while operating income rose to SEK451.8 million. Income before tax amounted to SEK448.7 million, compared to SEK354.1 million posted for the same period a year ago and net income grew 12% to SEK201 million.

President and CEO Magnus Silfverberg, who presented the company’s H1 2015 report, has also announced that after 6 years at Betsson, he intended to leave his position for a new role in another industry. Silfverberg will be replaced by Board Chairman Pontus Lindwall until a permanent successor can be chosen and Lars LinderAronson will fill Lindwall’s role effective July 20.

“After four years as the President and CEO of Betsson, it feels great to finish with the best quarter ever. In spite of high comparative figures, Betsson has achieved strong organic growth in revenues, deposits, gross turnover in Sportsbook and net income. With above-market growth and additional acquisitions, the Company has achieved a leading position in a number of countries,” said Silfverberg. “This reduces the Company’s operational risk and creates a foundation for sustainable growth. Thanks to cost awareness and the one single platform strategy, Betsson has the highest profitability in the industry.”

Last month, Betsson announced that it would purchase Georgia-based gambling company Europe-Bet for $50m, plus a further $35m within a year if no changes in Georgia’s gaming regulations are introduced. The closing of the acquisition is in progress and expects to be finalized before the end of July.

Hillevi Stuhrenberg: Everybody has an important CSR functions to fill
Video
7 November 2017